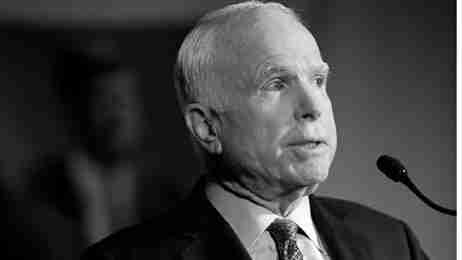 JohnMcCain speaks at the Smithsonian American Art Museumon May 2, 2017 in Washington, DC.

WASHINGTON (AP) – Sen. John McCain says battling brain cancer is a challenge but that his prognosis is “pretty good.”

Speaking in his first interview since his diagnosis, McCain acknowledged the situation has been tough on his family but says he is optimistic. He says he has “faced other challenges” and he’s “very confident about getting through this as well.”

The 81-year-old Arizona senator says he will have a MRI Monday and that his test results so far have been “excellent.”

McCain returned to Washington last week as the Senate returned from its summer break.

He says he will be focusing on a defense bill this week.

Asked on CNN’s “State of the Union” how he wants to be remembered, McCain said: He “served this country and I hope honorably.”