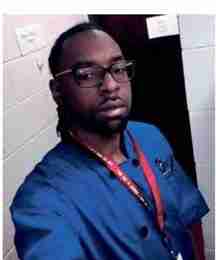 ST. PAUL, Minn. Gerry Martin isn’t sure he will ever tell a police officer during a traffic stop that he has a concealed weapon permit – and possibly a weapon on him.

The acquittal of a Minnesota officer in the death of a licensed gun owner who volunteered that he had a gun seconds before being fatally shot during a traffic stop adds to the worries of African-American gun owners about how they are treated by police and society.

Acknowledging that they have a weapon, they said, can open them up to violence from police, who can then claim they feared for their lives simply because of the presence of a gun, even a legal one.

“As soon as you say, `I’m a concealed carry holder. This is my license,’ they automatically are reaching for their gun thinking you’re going to draw your gun on them, once again not realizing you’re a good guy,” said Martin, who lives in Glenside, Pennsylvania. Philando Castile was fatally shot by the officer July 6 in a St. Paul suburb seconds after he told the officer he was armed. Officer Jeronimo Yanez, who is Latino, was acquitted Friday of manslaughter and two lesser charges.

During the stop, Castile volunteered, “Sir, I have to tell you, I do have a firearm on me.”

Yanez told Castile, “OK, don’t reach for it then” and “Don’t pull it out.”

On the squad-car video, Castile can be heard saying, “I’m not pulling it out,” as Yanez opened fire. Prosecutors said Castile’s last words were, “I wasn’t reaching for it.”

The verdict “tells African-Americans across the country that they can be killed by police officers with impunity, even when they are following the law,” said Rep. Cedric Richmond, a Louisiana Democrat who is chairman of the Congressional Black Caucus.

The verdict also tells blacks that “the Second Amendment does not apply to them” because Castile “was honest with the officer about having a weapon in the car, and there is no evidence that he attempted to or intended to use the weapon against the officer,” the Louisiana Democrat said.

Outside the courthouse, Castile’s mother said Yanez got away with murder. Her son was wearing a seatbelt and in a car with his girlfriend and her then-4-year-old daughter when he was shot.

“I am so very, very, very … disappointed in the system here in the state of Minnesota,” Valerie Castile said.

Licensed gun owner and open-carry advocate Rick Ector of Detroit said stereotypes can cloud the minds of some officers when dealing with black gun owners. Officers may have had previous encounters with people carrying guns illegally – especially young black men. And that experience can carry over, Ector said.

Once they find out that a black American has a gun permit, “they are not necessarily going to relax, but they now have an idea about your character,” Ector said.

Phillip Smith, head of the National African American Gun Association, said police need additional training to remind them that Second Amendment rights apply to black gun owners as much as anyone else.

Like several similar cases, Castile’s death was shared worldwide on social media. His girlfriend, Diamond Reynolds, livestreamed the aftermath of the shooting on Facebook because, she said, she wanted to make sure the truth was known.

But videos of black people dying at the hands of police have led to few convictions.

“I’m sure people of color are going to say, and rightfully so, what is the burden of proof for an officer to be” convicted? asked Dwayne Crawford, the executive director of the National Organization of Black Law Enforcement Executives.

Eric Garner died in July 2014 in New York City after a white officer placed him in a chokehold during an arrest for selling loose cigarettes. Garner complained that he couldn’t breathe on video captured by onlookers. A grand jury declined to indict that officer or any others involved in the arrest.

Tamir Rice, a 12-year-old boy with a pellet gun tucked into his waistband, was fatally shot by a white Cleveland police officer in November 2014. But a grand jury declined to indict patrolman Timothy Loehmann, who fired the fatal shot, or training officer Frank Garmback. The city settled Rice’s family’s lawsuit for $6 million.

Michael Brown, an unarmed 18-year-old, was fatally shot by a white officer, Darren Wilson, in August 2014 in Ferguson, Missouri. Their confrontation was not captured on video. A grand jury declined to indict Wilson, and the Justice Department opted against civil rights charges. Wilson later resigned.