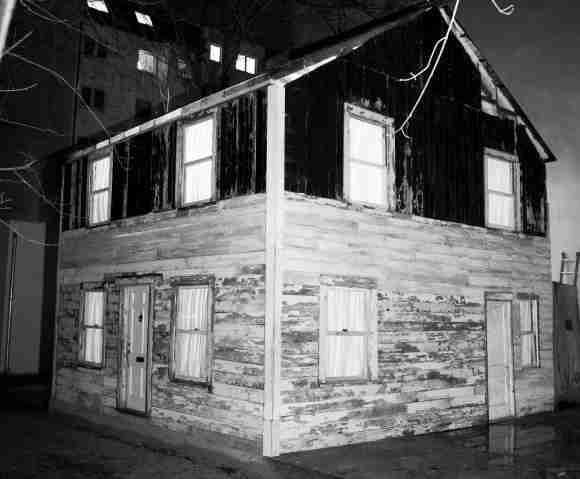 Brown University announced the cancellation of a planned display.

PROVIDENCE, R.I. – Brown University has canceled plans to display the house where Rosa Parks lived for a time after she left the south and moved to Detroit.

The house had been on a demolition list until it was saved by Parks’ niece and artist Ryan Mendoza, who moved it to Berlin. He brought it back to the United States in pieces last month with Brown’s backing and was reassembling it when the Ivy League university made the abrupt announcement Thursday.

Parks’ niece, Rhea McCauley, called the decision a missed opportunity and said the university had not consulted with the family.

“They made this decision on their own,” she said.

Brown cited an unspecified dispute involving the Rosa and Raymond Parks Institute for Self Development, which Parks co-founded but which has feuded with relatives in the past. Brown spokesman Brian Clark said in an email that the university “took steps quickly upon learning recently about the dispute.”

“Brown is not a party in the dispute and therefore we are not in a position to speak about the nature of the dispute,” when asked for more details. “Also, we know that individuals involved in the dispute intended to object strongly if the exhibit proceeded. It is out of our respect for the legacy of Rosa Parks that Brown is stepping aside.”

A message left for the institute was not immediately returned Thursday. But a lawyer for the institute, Steven Cohen, cast doubt on the connection to Parks in comments he made to The Brown Daily Herald student newspaper last month.

“The truth is, she didn’t stay there,” he told the newspaper. “It’s a house which Rosa Parks’ brother and his family used to live in. It’s no more Rosa Parks’ house than it is my house.”

McCauley disputed that, as did Ray Rickman, a Providence community activist who worked with Parks for three years in the office of U.S. Rep. John Conyers in Detroit.

Rickman, who sometimes drove Parks to church, recalled driving by the house with Parks one day.

“She told me she used to live in it. And I laughed and said that’s a tiny house, and she said a lot of people lived in it,” he said. “It was something to that effect. And then she laughed and I laughed and changed the subject.”

Mendoza, who owns the house, decided to bring it to Brown because it has grappled in recent years with its historical ties to the slave trade. He disassembled the house, packed it up and sent it by ship across the Atlantic and has spent the past few weeks preparing the site for the house and building a frame for it.

Next post Woman forced to marry her rapist at 11, changes Florida marriage law