ORLANDO (AP) — Tiger Woods didn’t have to say a word to get Florida troopers off his case. The same strategy may be harder to pull off when it comes to the tabloid media probing his private life.

The police inquiry into the early-morning car crash involving the world’s most famous athlete came to a close Tuesday, even though Woods refused to talk to the Florida Highway Patrol. Woods was charged with careless driving, which carries a $164 fine and four points on his driving record.

That good news for Woods was tempered by the cover story of Us Weekly magazine, which hit newsstands Wednesday, alleging that a Los Angeles cocktail waitress had a 31-month affair with the world’s No. 1 golfer.

Also on Wednesday, Woods said he let his family down with “transgressions” he regrets “with all of my heart,” and that he will deal with his personal life behind closed doors.

“I have not been true to my values and the behavior my family deserves,” Woods said on his Web site.  “I am not without faults and I am far short of perfect.  I am dealing with my behavior and personal failings behind closed doors with my family.  Those feelings should be shared by us alone.”

Woods did not offer details of any alleged relationship.

“I have let my family down and I regret those transgressions with all of my heart,” he said.  “I will strive to be a better person and the husband and father that my family deserves. For all of those who have supported me over the years, I offer my profound apology.”

Jaimee Grubbs told the magazine she met Woods at a Las Vegas nightclub the week after the 2007 Masters – two months before Woods’ wife, Elin Nordegren, gave birth to their first child. Grubbs claims to have proof in 300 text messages.

Wednesday morning, the magazine published what it said was a voicemail provided by Grubbs that she said was left by Woods on Nov. 24, three days before his early-morning car crash. In the voicemail, a man says to Grubbs: “Hey, it’s, uh, it’s Tiger. I need you to do me a huge favor. Um, can you please, uh, take your name off your phone. My wife went through my phone. And, uh, may be calling you. If you can, please take your name off that and, um, and what do you call it just have it as a number on the voicemail, just have it as your telephone number. That’s it, OK.  You gotta do this for me. Huge. Quickly. All right. Bye.”

The Associated Press could not confirm Woods was the caller.

An AP reporter went to a residence in Escondido, Calif. on Tuesday night seeking comment from Grubbs. A person who identified himself as Cody came to the door but didn’t open it, and said she wasn’t there.

When asked whether Us Weekly paid Grubbs for her story, spokeswoman Cheryl Crowley said, “As a policy, we do not comment on obtaining stories or photo transactions.”

Woods, meanwhile, remained in seclusion in the exclusive gated community of Isleworth, while some of the world’s top golfers were in Southern California preparing for the start of a tournament he hosts. Woods, citing injuries from the crash, issued a statement Monday saying he would not attend or play in the Chevron World Challenge.

Woods, who was briefly unconscious after the crash, never spoke with investigators, who asked to see him on three different occasions. Instead, he provided his driver’s license, vehicle registration and proof of insurance, as required by Florida law.

The patrol “is not pursuing criminal charges in this matter nor is there any testimony or other evidence to support any additional charges of any kind other than the charge of careless driving,” said Sgt. Kim Montes, a spokesman for the highway patrol.  “Despite the celebrity status of Mr. Woods, the Florida Highway Patrol has completed its investigation in the same professional manner it strives to complete each traffic investigation.”

After consulting with the local prosecutor’s office, investigators also decided there was insufficient evidence to issue a subpoena that would have given them access to records from his hospital visit after the crash, Montes said.

The allegations in Us Weekly of an affair with Grubbs came on the heels of last week’s National Enquirer story alleging Woods had been seeing New York nightclub hostess Rachel Uchitel, who has denied it.

That story came out just two days before Woods wrecked his SUV in the early-morning hours following Thanksgiving. The accident – and Woods’ refusal to answer questions – fueled speculation among tabloids and gossip Web sites about a possible dispute between Woods and his wife, who told police she used a golf club to smash the back windows of the SUV to help him out.

But Montes said there were “no claims of domestic violence by any individual” stemming from the accident. And an attorney for the neighbors who called 911 said Woods did not appear to be driving under the influence and showed no signs of having been in a fight.

Attorney Bill Sharpe said the Adams family found Nordegren kneeling beside her husband, upset about his injuries. Sharpe said Woods appeared woozy and had scratches on his face and that his wife was trying to console him. The Adamses wrapped Woods in a blanket and made sure he didn’t move.

By skipping his tournament, Woods was able to escape the TV cameras and a horde of media seeking more details. The event was to be the last of the year for Woods anyway, and he did not say when or where he would make his return next year.

But Woods remained the subject of intense media scrutiny, and the Us Weekly report didn’t help his appeal for privacy.

According to the magazine, Grubbs said she was 21 when she was approached by Woods at a Las Vegas nightclub on April 13, 2007. The magazine said the meeting “progressed into a clandestine on-and-off affair” that lasted nearly three years and included hundreds of texts.

Next post Atlanta mayor's race too close to call 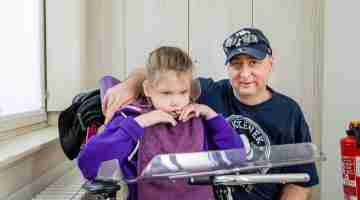 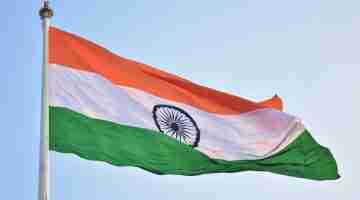