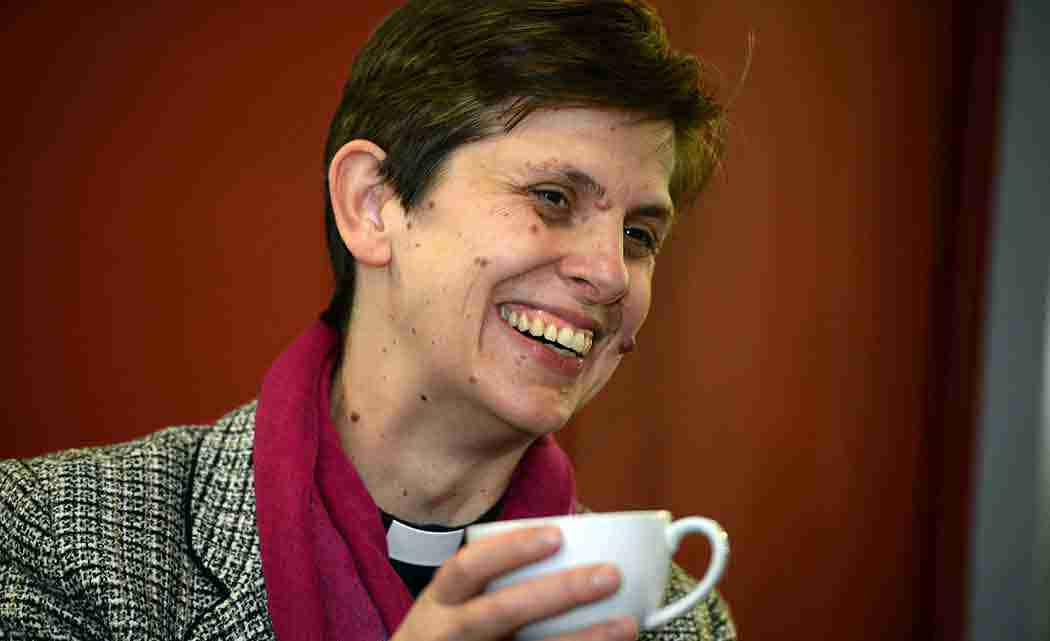 LONDON — The male monopoly in the leadership of the Church of England ended Monday, as the 500-year-old institution consecrated its first female bishop.

The Rev. Libby Lane became the eighth Bishop of Stockport in a service at York Minster. Her consecration comes after the church ended a long and divisive dispute by voting last year to allow women to serve as bishops.

“My consecration service is not really about me,” she said. “With echoes of practice which has been in place for hundreds of years in the church, it is a reminder that what I am about to embark on is shared by the bishops around me, by those who have gone before me and those who will come after.”

The traditional service was interrupted by a lone protester, the Rev. Paul Williamson. He stepped forward and objected when the congregation was asked if it was their will that Lane be ordained. Williamson said “No!” and asked to speak, arguing there was no precedent in the Bible for women bishops.

Lane remained stoic. The archbishop of York, John Sentamu, seemed prepared and answered with a prepared statement, a nod to the controversy that led to this moment.

Sentamu then simply moved on, asking the packed church once again if they approved. This time, the response was a thunderous “Yes!”

Dozens of bishops then huddled around Lane. They placed their hands on her head — or on the shoulders of the bishop in front of them — creating an enormous circle tinged with the red of their vestments.

Williamson said later he regretted that his intervention was not heard.

“It would have been gracious and courteous to allow me to say my piece,” he said. “But no.”

A saxophone player and soccer fan, Lane was one of the first women to become a Church of England priest.

Her husband, also a priest, sat beside her.