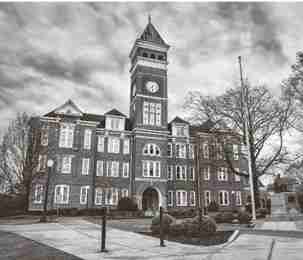 CLEMSON, S.C. – Clemson University has broken ground for a historical marker near the spot where slaves and imprisoned black laborers once lived. Local media report that during the Tuesday ceremony, school officials acknowledged the part that slavery played on the land that became Clemson University. The marker outside Lee Hall will honor the recently discovered role that state prisoners, mostly blacks, played in building the school’s first buildings.

Officials also announced the creation of two other markers, one for the nearby former site of a Cherokee Village and the other to mark the burial sites of the Calhoun family, slaves and state prisoners who died during their confinement at Clemson.

Next post Challenge of being black with Autism, difficult to overcome