Cuba’s public face of diplomacy with US leaving post 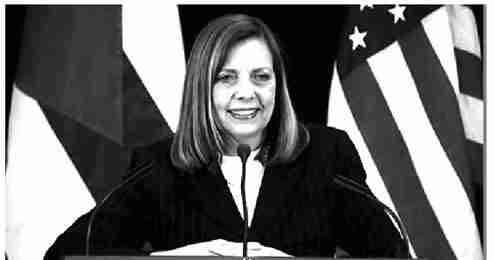 HAVANA – The public face of Cuba’s diplomatic opening with the United States is leaving her post to become ambassador to Canada, officials said Sunday.

Josefina Vidal was sworn in to her new role at a ceremony presided over by President Raul Castro, according to Cuban media. Officials said Vidal’s deputy Gustavo Machin would also leave the division of U.S. affairs to become ambassador to Spain.

In a government renowned for its opacity, Vidal and Machin were given unusual rein to talk publicly about Cuba’s relations with Washington. They offered regular briefings to journalists about the state of diplomatic ties, which were re-established two years ago. Under their watch, the Cuban government often spoke more openly than the U.S. administration about the state of bilateral relations.

Vidal took the reins of the U.S. affairs division in 2006, helped negotiate the reestablishment of diplomatic relations and stayed through the announcement of President Donald Trump’s new Cuba policy last month. The Cuban government appears to have decided to bring in new faces to deal with the Trump administration, although it did not immediately say who would take their places.

Trump retained most elements of the Obama policy, although he will re-impose limits on individual Americans’ ability to travel to Cuba.

Vidal’s counterpart in many aspects of the negotiations was the top U.S. diplomat in Havana, Ambassador Jeffrey DeLaurentis, who left his post this month to return to the United States.

Canada and Spain are both vital economic partners for Cuba and the embassies there are two of the country’s most important diplomatic outposts.

A high-ranking Communist Party official, Vidal studied in Moscow and speaks French and Russian in addition to fluent English, according to her official biography. Machin’s father, an aide to revolutionary founder Ernesto “Che” Guevara, died fighting government forces in Bolivia in 1967.

Machin and Vidal both served at the Cuban Interests Section in Washington before they were expelled in 2003 along with roughly a dozen other Cuban officials amid accusations of involvement in espionage. Vidal was not directly expelled but left along with her husband, who was declared persona non grata.