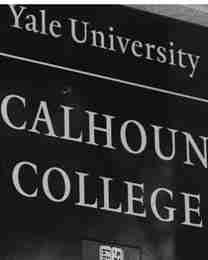 NEW HAVEN, Conn. – Yale University is holding a dedication ceremony for a residential college that’s being renamed in honor of a pioneering mathematician.

The university announced the change earlier this year to drop the name of John C. Calhoun, a 19th century Yale alumnus and former U.S. vice president who was an ardent slavery supporter. The Calhoun College name had been the target of protests for years and Yale’s president said Calhoun’s principal legacy was at odds with the university’s values and mission.

The ceremony for Grace Hopper College is set for Tuesday afternoon.

Hopper earned Yale degrees in the 1930s and went on to invent a pioneering computer programming language and become a Navy rear admiral. She died in 1992 at age 85 and was posthumously awarded the Presidential Medal of Freedom last year.

Previous post Will the flood bring Americans together as one?