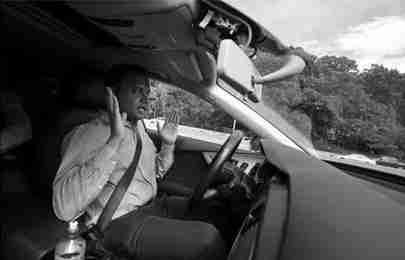 DETROIT – Auto electronics supplier Delphi Corp. will start testing self-driving vehicles in Singapore next year with a goal of putting them into public use sometime in 2022.

Testing will be limited to six vehicles with human backup drivers inside One North, a large mixed-use residential and industrial park on the west side of the island city-state. It will include on-demand transportation of people and goods and will be linked electronically to the area’s infrastructure, the company said.

Delphi may be behind Cambridge, Massachusetts-based autonomous car software developer nuTonomy, which began testing vehicles in One North in April and hopes to launch a commercial autonomous vehicle service in 2018. The Massachusetts Institute of Technology spin-off said Monday that it was picked by the Singapore Land Transport Authority to begin trials of on-demand self-driving vehicles.

Delphi was picked by the authority for the tests after an autonomous Audi made a trip across the U.S. in 2015, according to the company. The testing was announced Monday in Singapore. Two other test sites in the U.S. and Europe will be revealed later. By 2022, Delphi hopes to have autonomous pods hauling goods and people without pedals, steering wheels or human backup drivers.

Glen De Vos, vice president of Delphi’s services business unit, said the goal is to show off the company’s self-driving equipment and connect it to infrastructure. It also will help the company figure out what computing platform is needed for autonomous cars, and what displays and infotainment are needed in the cars, De Vos said. “It really helps us understand what are the right set of technologies required to operate these systems,” he said. The test will start in Singapore because the country is progressive in planning transit options, and it was among the first governments to seek the test, De Vos said. Delphi also makes driver assist sensors and develops electronic controls in Singapore, so it already has a presence there, he said.

The developer nuTonomy said that in partnership with the transport authority it will simulate an autonomous taxi service, allowing select users to request and ride in an autonomous vehicle.

Previous post Verizon to buy Fleetmatics for about $2.4 billion