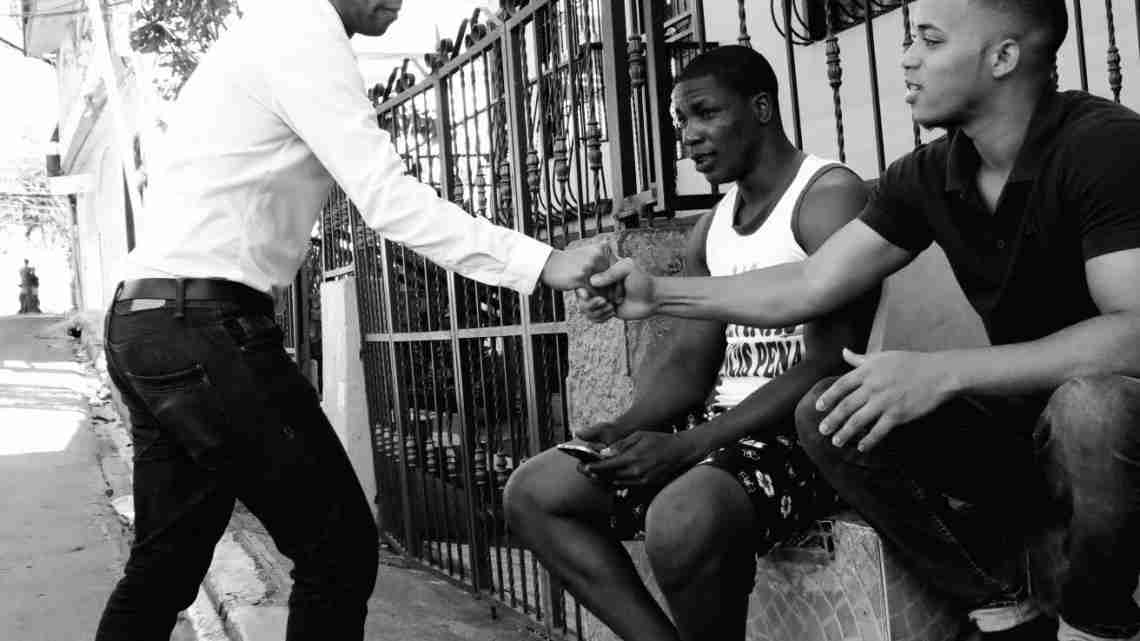 SANTO DOMINGO, Dominican Republic – Deivis Ventura is still just a candidate for the Dominican Republic’s Chamber of Deputies, but he feels like he’s already scored a victory. The 42-year-old former private school teacher, the first openly gay person to run for his country’s Congress, is delighted his campaign has not encountered overt hostility as it likely would have in the past. “It’s an important moment for our country,” Ventura said one recent afternoon during a break from campaigning with a transgender friend.

“The fact that we have openly LGBT candidates in an important political party speaks of change.” Another openly gay man, Yimbert Telemin, is running in the May election for city council in La Romana, an area of famed beach resorts on the southeastern coast. That they can run openly as homosexuals is the sign of a cultural shift that activists say has been helped by the presence of U.S. Ambassador James “Wally” Brewster, the first openly gay top diplomat the United States has posted to a Latin American country.

Brewster’s appointment angered some religious leaders and their followers in the Dominican Republic, but it was an important move for people who’ve long felt marginalized in the conservative Caribbean country. “Wally has become an iconic figure in the LGBT movement because the movement does have strong local figures,” said prominent activist Alexander Mundary.

Dr. Victor Terrero, director of the National Council on HIV and AIDS, noted that Brewster and his husband have been guests of President Danilo Medina and the ambassador has hosted many of the country’s notable figures. “The presence of the ambassador has contributed to the breaking of much of the stigma,” Terrero said. “It has shown in a way that (homosexuality) is not a sin, nor is it something to get crazy about.” Representatives of U.S.-based Human Rights First said every person they met with before issuing a December report on the status of LGBT people in the Dominican Republic mentioned Brewster in their conversations.

“Everyone seemed to think, even if they had mixed feelings about it, that overall it was a net positive,” said Sean Gaylord, a lawyer for the group who works on LGBT issues. “The presence of Ambassador Brewster has really spurred a larger conversation.” The Dominican Republic does not have laws criminalizing homosexuality as numerous English-speaking Caribbean countries do. But the U.S. State Department said in its annual human rights report that nongovernmental organizations who work with LGBT people in the country have reported widespread discrimination in health care, education, the justice system and employment.

Ventura says he was dismissed from his teaching job when he came out as gay in 2008 and others tell similar stories. The Human Rights First report said transgender people are vulnerable to violence in the country, with several dozen suspected hate-crime murders since 2006. A bill that included an article prohibiting discrimination on the basis of sexual orientation failed in the Congress amid opposition to a provision for sex education in primary school.

Terrero is coordinating an effort to get a bill that would bar any form of discrimination, including based on sexual orientation, before lawmakers in the coming weeks. “The Dominican LGBT population has woken up,” said Telemin, a 36-year-old attorney and activist. “People aren’t afraid now.” Earlier this month, about 20 businesses came together to form the first LGBT chamber of commerce, with support from USAID. “Ten years ago we would never even talk about it,” Francisco Castillo, the president of the new chamber, said of homosexuality. “It was shameful to even mention it, we preferred to avoid the subject.” Brewster was guest of honor at the chamber’s March 2 inauguration ceremony, prompting a wave of angry denunciations.

Fidel Lorenzo, a pastor and leader of an evangelical Christian organization, accused Brewster of trying to promote homosexuality and led efforts that collected more than 31,000 signatures for a petition calling on President Barack Obama to remove the ambassador. Catholic officials also denounced the American diplomat, temporarily putting up a sign at one school that said he could not enter.

The ambassador, who had been a prominent fundraiser for Obama, encountered similar condemnations starting weeks before his arrival in November 2013 with his husband, Bob Satawake. But the Medina government accepted his credentials and business has apparently carried on as normal between two countries that have long had warm relations.

The U.S. Embassy did not respond to a request by The Associated Press for an interview with the ambassador. Brewster dismissed his critics in a radio interview. “I think it’s a small group,” he said. “People who are just haters and want to marginalize others.” Ventura said he has encountered only signs of support so far. He is running in the party of the main opposition presidential candidate, Luis Abinader, and his chances of victory are uncertain in his busy, industrial district. But he is optimistic about both his prospects and those of the Dominican Republic. “The country keeps getting better in terms of human rights and I, as a gay man, can exercise my right to be a candidate,” he said. “People are supporting me, and they are supporting my candidacy.”

Next post Key West employees get into ‘Green Commute Challenge’