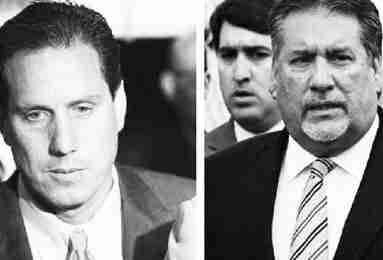 SAN JUAN, Puerto Rico (AP) –A former Puerto Rico senator and a prominent businessman have been found guilty of bribery in a second trial ordered by the U.S. Supreme Court.

A federal jury convicted Hector Martinez and Juan Bravo Fernandez. Martinez once served as chairman of Puerto Rico’s powerful public safety committee, while Fernandez is the former president of one of the largest private security companies in the U.S. territory.

Martinez was accused of accepting a first-class trip to Las Vegas and a $1,000 ticket to watch a championship boxing match in exchange for supporting legislation that favored Martinez’s business.

A federal appeals court threw out an initial conviction, finding that the jury’s instructions were flawed. The Supreme Court approved a new trial.

Next post Homeland Security chief to meet with Haitian leaders