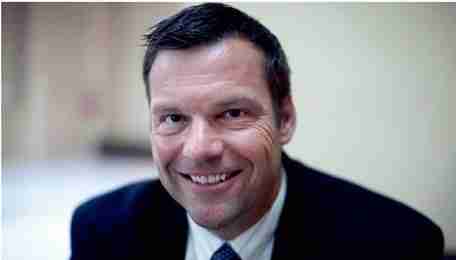 PHOTO COURTESY OF WHO CAN VOTE?

GEORGIA – Advocates, partners and faith leaders with LIVE FREE, an initiative of PICO National Network, recently held a press conference to sound the alarm about an intrusive request from President Donald Trump and his dubiously-titled Voter Fraud Commission. Led by Kansas Secretary of State Kris Kobach, who has a history of advocating harsh, anti-immigrant policies, the Trump administration through it’s Voter Fraud Commission demanded states turn over highly sensitive data on American voters. Among the requested information was partial social security numbers. The request comes in the face of widespread reports that voter fraud is virtually non-existent.

“There are thousands of faith leaders in the LIVE FREE campaign working in over a dozen states to empower voters and increase civic engagement in local, state and federal elections,” said Rev. Michael McBride, LIVE FREE director of Urban Strategies. “The actions of this administration continue to grow erratic and immoral, and many of us in the faith community believe democracy is at risk. The right to vote, secured decades ago with the blood of Black folks and people of color, is being threatened by the Trump administration. In the Christian faith tradition, the prophet Isaiah warned us, saying “Woe to those who make unjust laws, to those who issue oppressive decrees, to deprive the poor of their rights and withhold justice from the oppressed of my people. What will you do on the day of reckoning?”

“There is no compelling governmental interest to substantiate such an intrusive and far-reaching request,” said Bishop Dwayne Royster, political director for PICO National Network. “Indeed, with legitimate concerns over potential voter suppression schemes, it is impossible for the Trump administration to justify why they need the information they’ve requested.”

Historically, when the federal government issues public information records requests to states, they do so through the Office of Budget and Management. President Trump and Kris Kobach sidestepped precedent and, wrongly, went directly to the states. At least 44 states and the District of Columbia are resisting the order to turn over the privileged information. One such state is Georgia, where the LIVE FREE campaign partners with the New Georgia Project.

“We applaud leaders in Georgia and other states who have not buckled under pressure due to the Trump administration’s assault on free, fair and accessible elections,” said Pastor Timothy McBride of Tabernacle of Praise Churches, International. “As a pastor committed to activating voters of color, I know we already face unprecedented voter suppression in the south. If we want to increase opportunity, reverse incarceration and decrease gun violence, we need more access to voting, not less.”

“This is another example of the Trump administration throwing its weight around. It started with crowd size when President Trump urged the Park Service to greatly exaggerate the number of people who attended his inauguration. The pattern continued with edicts from the White House threatening to withhold funding for cities that provide sanctuary for undocumented individuals and families. Are we to now believe that this order isn’t issued with nefarious intent?”

While some elected officials complain of bloated government, Trump’s Voter Fraud Commission is tripping over itself to stockpile information on Americans, without respect to the burdens their request imposes on state and local officials.

“This latest stunt (attempting to bully, silence and coerce state governments into turning over voter data) is reminiscent of Julius Caesar’s empire,” said LIVE FREE Southeastern Regional Director Phyllis Hill. “In a democracy, there must be equal respect and dignity for all people, endowments granted by The Creator and the Constitution.”

“This sort of meddling in state affairs serves no legitimate interest,” said the Rev. Michael McBride. “On the contrary, it’s an attempt to undermine democracy. We urge all people of faith and lovers of justice to reject this strategy of voter suppression and stand on the right side of history.”