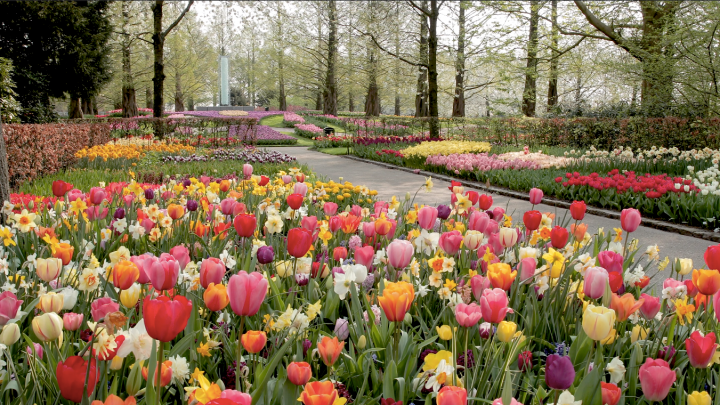 Once it was becoming clear that the COVID-19 outbreak was spreading rapidly in Italy, all European countries moved to a lockdown to protect their citizens.

Airfields were closed, and people were directed by their governments to stay home. Museums, restaurants, hotels and all social venues also closed, with the exception of  supermarkets and pharmacies. These measures produced severe economic results, especially in the tourism industry.

Since the onset of COVID-19 and the lockdown of The Netherlands until at least June 1, however, the country’s flower bulb farming sector has been severely affected. One of the world’s largest flower gardens, Keukenhof in Lisse, is closed this year.

In the northern part of the province around the cities of Alkmaar and Den Helder, tulips are also abundant, and bulb farmers can be found in provinces like Friesland, Groningen and Flevoland, where they also grow cattle, grain or potatoes. But with no tourists this year, the industry—and the country as a whole—have suffered severely.

Once the government eases lockdown restrictions, new rules will be in place for society as a whole, including social distancing. This will apply to tourists as well.

“When we can release the state of emergency, we shall order complete new rules for lifestyle,” Prime Minister Mark Rutte said. The government wants everybody in the streets walking 1.5 meters, nearly 5 feet, apart, which Rutte calls “the new 1.5 meters society.” He also ordered restaurants to keep tables the same distance apart and for waiters to wear face masks.

For visitors to the Keukenhof gardens, the new measures will mean keeping that same distance between people. Bulb growers already think they will lose, per company, several million euros every year, with restrictions on travel and number of visitors.

Until this year, tourists typically arrive for the popular flower season from  mid-April to the end of May, with the majority coming from China, Japan, India, the United States, Canada, Brazil, Australia and Russia, as well as from all of southern Europe.  They also come by car and rail from Germany, Belgium, France, Denmark, Norway, Sweden, Finland, Hungary, Austria, Switzerland and the United Kingdom.

While Italy and Spain have been hit particularly hard by the virus, the Netherlands has more than 44,000 confirmed cases, according to data compiled by Johns Hopkins University, and more than 5,713 people have died in the country of 17.3 million people.

Once airlines get permission to fly at full capacity again to Schiphol Amsterdam Airport, many hope that tourists will return. Hotels may reopen and backpackers may find a bed in youth hostels and camping sites. But bus tours to the flower fields or other sites will be difficult. As in airplanes, buses will only use one of every six seats. Taxis will just accept only two passengers.

Restaurants or terraces will also limit the number of guests. Where normally 100 people find a chair, now only 20 or so will be seated.

In 2021, officials hope, it will again be possible to walk along the flower bed fields in spring.