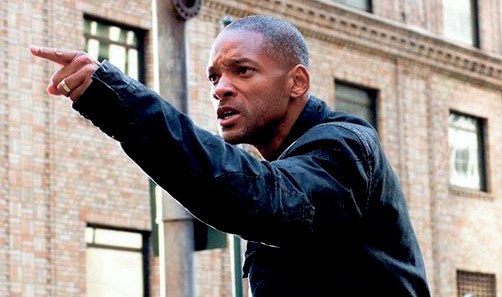 ATLANTA, Ga. – Following in the footsteps of MLB, Academy Award nominee Will Smith and famed film director/producer Antoine Fuqua, who directed Denzel Washington in his Academy Award winning performance in “Training Day,” and won an Emmy in 2020 for “Muhammad Ali: What’s My Name,” have decided to relocate the production of their latest project “Emancipation” from Georgia to Louisiana. “Emancipation” tells the true story of Peter, portrayed by Smith, a Louisiana slave, who was whipped within an inch of his life by plantation owner John Lyons, and runs from the plantation through the alligator and snake infested swamps to make it to freedom in the north. While under medical examination to join the Union Army in 1863, Peter disrobes and his back is exposed, covered in hideous scars from the lashes of a whip. A Union doctor takes a picture of the fugitive slave’s back and shares it with an abolitionist that has it published in various magazines. The now famous “The Scourged Back,” helped to fan who flames of abolishing slavery and forwarded Lincoln’s plan of emancipation.

“Emancipation” was set to begin filming on June 21, in Georgia. But, after weeks of discussions between the filmmakers, film executives in Georgia and Louisiana, and political leaders such as Stacy Abrams, Fuqua Films and Westbrook Inc. made the difficult decision to move film production to Louisiana. Abrams, Tyler Perry, owner of Tyler Perry Studios where films like “Coming 2 America” and “Black Panther” were produced, and others have reportedly strongly urged Hollywood to not boycott Georgia just yet behind the signing of the new voting laws spearheaded by Republicans to suppress the Black vote in upcoming elections. The move from Georgia to Louisiana, where the actual story of fugitive slave Peter takes place, will cost the entire production of “Emancipation” $15 million or more because of the loss of very enticing and cost-effective tax rebates that filming a movie in Georgia, “the Hollywood of the South,” provides. For every million dollars a film company spends in Georgia, the company could receive upwards of $300,000 in tax incentives.

In a joint statement issued on Monday, Smith and Fuqua explained that “we cannot in good conscience provide economic support to a government that enacts regressive voting laws that are designed to restrict voter access.” Republican Gov. Brian Kemp denies that Georgia’s newly minted voting law is restrictive to Black voters claiming that the law promote voter security and integrity. Instead, Kemp says that boycotting Georgia such as the MLB and now Will Smith and Antoine Fuqua have will adversely impact Black businesses. “It’s minority-owned businesses that have been hit harder than most because of an invisible virus by no fault of their own. And these are the same minority businesses that are now being impacted by another decision that is by no fault of their own,” Kemp told the Associated Press.

Given the magnitude of the movie, Fuqua and Smith say that placing the familiar peach on the film would “undermine” the power of the story. “We cannot in good conscience provide economic support to a government that enacts regressive voting laws that are designed to restrict voter access,” the press release from Fuqua and Smith continued. “The new Georgia voting laws are reminiscent of voting impediments that were passed at the end of Reconstruction to prevent many Americans from voting. Regrettably, we feel compelled to move our film production work from Georgia to another state.”

This is only the beginning of a wave of corporations preparing to face off against states set to sign voter suppression bills into law. A coalition of Black lawyers and activists have partnered with corporations such as Levi-Strauss, Google, Netflix, and Ford Motor Company and signed a statement denouncing “discriminatory legislation” that encourages the suppression of Black voters. In Texas, major corporations are considering what steps to implement in response to the new socalled ‘voting security and integrity’ bills set to arrive on the desk of Republican Gov. Greg Abbott.

Corporations such as AT&T, American Airlines, and Dell Technologies have all voiced “opposition” to the two voter suppression bills currently on the dockets in Texas. Texas, like Georgia, is experiencing an influx of businesses relocating from other states and making Texas their headquarters. Companies are drawn to Texas because of its “tax incentives and affordable real estate.” Hewlett Packard will be moving its headquarters from California to Houston at the end of the year and Apple plans to invest $1 billion in a new business complex. But this boom could come to a screeching halt.

“Corporations are always reticent to get engaged in partisan battling,” Richard A. Gephardt, a Democrat and former House majority leader told the New York Times. “But this is about whether we’re going to protect the democracy. If you lose the democracy, you lose capitalism.”