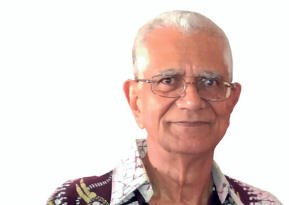 Journalist Jack Herrera visited both cities and in The Nation on May 18 he equated gun violence in Tijuana to the water pollution that sickened and killed residents of Flint, Michigan, in 2014. Gun violence, he said, feels like the arrival of a plague, some disease that can spread through a neighborhood and take lives.”

“The No. 1 predictor of whether a person will go on to commit violence, more than anything else, is if that person has been exposed to violence in the past,” Charlie Ransford, director of science and policy for Chicago-based Cure Violence, told Herrera, In Cure Violence’s ﬁrst year working in a deadly Chicago neighborhood, Herrera said, gun deaths dropped by more than 67 percent, a success replicated in 20 American cities and countries such as Salvador, Honduras, Syria and Iraq. In fact, he added, with the coming of the coronavirus, Cure Violence retrained its staff “to encourage public health practices that discourage the spread of both the virus and violence.”

Another epidemic is also ravaging rural America. The Centers for Disease Control and Prevention (CDC) reported that, in 2018, opioids killed 46,802 people. More than 100 billion doses of oxycodone and hydrocodone were manufactured and distributed between 2006 and 2014, The Washington Post reported.

Like the virus, what opioid overdose and gun violence have in common is that the cause can be “treated.” The Post reported on Nov. 5 that four companies accused of making or distributing the deadly painkillers agreed to a $26 billion settlement in a lawsuit ﬁled by numerous counties and cities.

“While no dollar ﬁgure can restore the lives and families already devastated by the crisis, these settlement dollars are desperately needed in areas that have been hardest hit by this man-made epidemic, particularly as they now grapple with covid-19,” the attorneys said.

Not so for ﬁrearms. The National Rifle Association (NRA) pushed Congress to pass the Protection of Lawful Commerce in Arms Act in 2005 giving the ﬁrearms industry immunity from most lawsuits.

Also, the late Arkansas Republican Senator Jay Dickey forced into the 1996 federal government’s omnibus spending bill a provision banning the CDC from using funds to study the causes of gun violence, claiming the ﬁndings could “be used to advocate or promote gun control.” Democratic President Bill Clinton signed the bill into law and it remained intact until recently.

Following the massacre at a movie theater in Aurora, Colorado, in July 2012, Dickey relented. He joined Mark Rosenberg, director of the CDC’s National Center for Injury Prevention, to write a mea culpa in The Post on July 27, 2012. They noted that the CDC’s investigation into the causes of automobile fatalities have led to measures which have “markedly reduced trafﬁc deaths” and that “scientiﬁc research should be conducted into preventing ﬁrearms injuries … and ways to prevent firearms deaths.”

It is important to note who are the victims of gun violence. As this column has reported previously, twothirds of the deaths are due to suicide; 20 percent of the victims are men aged 15 to 34, probably shot by other males; and around 1,700 are women, probably killed by domestic violence. But, of the 300 million to 400 million guns in private hands, including between five million and 30 million assault rifles, only three percent of Americans own half of them, The Guardian reported. So there is not necessarily a correlation between the number of firearms and gun deaths and gun control by itself may not be the solution.

And, as with coronavirus, some Americans would particularly benefit. “Many of the same Black and Latino neighborhoods in cities across the nation have been disproportionately affected by both epidemics,” USA Today’s Grace Hauck reported in December.

Congress finally approved funds for the CDC to research gun fatalities, Nidhi Subharaman reported in Nature on Dec. 17, 2019. But, for the 20 years of the ban, “We lost several generations of researchers in this field and it’s going to take a while to build that back up,” David Studdert, a health law expert at Stanford Law School told Subharaman.

It is not as if the topic was new. Harvard and Yale graduate Dr. Vivek H. Murthy has called gun violence a public health matter during much of his career and that was the reason why he was nearly not conﬁrmed in 2014 as President Barack Obama’s surgeon-general. Trump dismissed Murthy but President Joseph Biden has nominated him again — and he has faced the same opposition from his views.

But attitudes may be changing. Public health experts are urging Missouri, which experienced its worst level of gun violence last year, to treat it as a public health matter. That would mean “investing in improvements in underlying life conditions that put people at greater or lesser risk, income, housing and food security, schools and living environments – what researchers call the social determinants of health,” the Kansas City Star reported in January.

Other states would do well to heed that call.