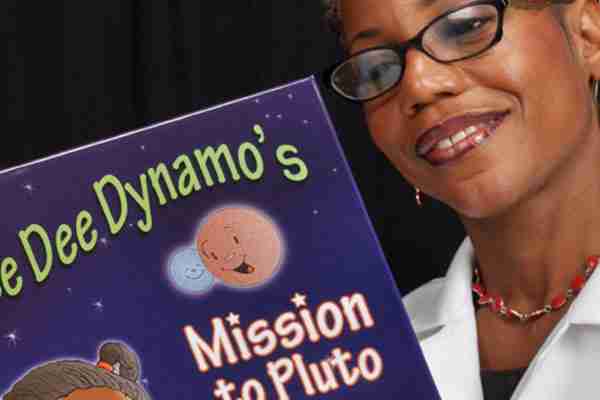 When the Magic City Housing Development Corporation in Birmingham, Ala., sponsored an essay contest earlier this year for youths in grades 6-8, the intention was to help “educate youth on the importance of African Americans’ contribution to history with emphasis on the areas of science, technology, engineering, and math.”

Williams, a surgeon specializing in urology at St Elizabeth’s Medical Center in Boston, Mass., and an assistant clinical professor of urology at Tufts University School of Medicine in Boston, was surprised.

“I was extremely humbled to be included in such company,” she said.

But Williams has built a stellar academic reputation since her early days in her native Guyana and, then, in Barbados, where her parents, Hubert and Eugenie Williams, relocated when she was 10.

“My childhood was filled with the joys of discovery and exploration as my science-teacher mom took every opportunity to expose us to the wonders of science,” she said. “My dad, who is a journalist, shared his passion for writing and I grew up writing poetry for every occasion, including birthdays, holidays and family reunions.”

Williams did so well in academics that she was accepted to study biophysics at Johns Hopkins University in Baltimore, Md.During her junior year, she studied the British National Health Service on a scholarship. The experience created an abiding interest in public health.

She became one of the first black women to graduate with a Bachelor of Science in biophysics from Johns Hopkins and she chose Harvard Medical School for her graduate training in medicine and public health. She went on to Massachusetts General Hospital and The Lahey Clinic for surgical training.

Williams’ many volunteer activities include helping the Boston Links start a health and wellness program for The Martin Luther King K-8 school, an inner-city elementary school. It won the group an invitation to the White House in September 2012.

She is also a mentor to young women, including members of the Science Club for Girls, which has picked her for its 2014 Catalyst Award that recognizes individuals and institutions that promote diversity in science.

Her experience with the girls led to another phase of her life.

“One weekend, as I was cutting into cow hearts at a Science Club for Girls activity, finding engaging ways to present the anatomy and physiology,it occurred to me that I should write books that would share my love for science and medicine, as well as encourage girls,” Williams said.

“I have a vision of using the Dr. Dee Dee Dynamo character as a tool for delivering health education to children that can impact later health behaviors and choices, leading to a decrease in health disparities,” Williams said.

Dr. Alvin F. Poussaint, professor of psychiatry at Harvard Medical School, gave her a favorable review. “Valuable scientific information meshes with an engaging story. Dee Dee Dynamo is a marvelous role model for girls,” he wrote. “The author shows that science is entertaining and she excites the imagination of young readers. I encourage their parents to read it, too.”

Author and comedian Bill Cosby says the books “are empowering, enriching and a breath of fresh air.”

“Dr. Oneeka Williams is positively impacting not only the lives of her patients but generations of children through her highly educational and entertaining Dr. Dee Dee Dynamo children’s book series,” Cosby wrote in a review.

Williams, 48, who lives in Newton with husband Dr. Charles Leon Anderson Jr., 50, a neonatologist, hospital management specialist and corporate executive, said the Dr. Dee Dee Dynamo series is also a response to a shortage of blacks in children’s books.

The late Walter Dean Myers, in a March 15 commentary in The New York Times, cited a study by the Cooperative Children’s Book Center at the University of Wisconsin that said “of the 3,200 children’s books published in the U.S. in 2013, only 93 were about black people.”

Williams is planning to publish 12 books in the series and create multimedia content including Web games, cartoons, toys and grade specific merchandise.

“My vision is that Dr. Dee Dee Dynamo will become a household name and a powerful multicultural and cross-cultural vehicle that will educate, empower and enrich the lives of children everywhere, fulfilling her motto of ‘Not even the Sky is the Limit!’” Williams said.