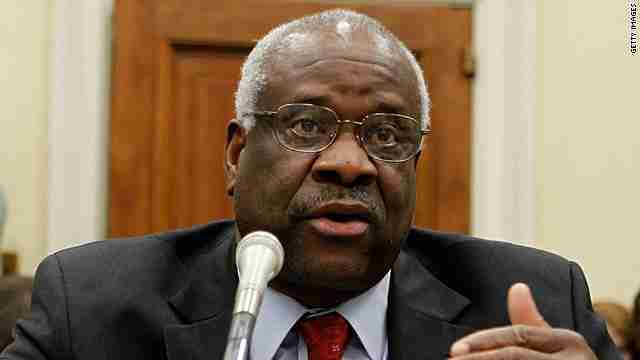 WASHINGTON (AP) – The Supreme Court’s lineup of new cases is fit for an election year.

Affirmative action, abortion and another look at the Obama health care law all are before the court, and they could well be joined by immigration, giving the justices a run of cases that reads like a campaign platform.

Decisions in these high-profile cases almost certainly will split the court along ideological lines, mirroring the country’s stark partisan split. What’s more, the most contentious issues won’t be resolved until late June, barely four months before the 2016 presidential election.

“This is a court that remains very assertive in its role in declaring what the law is,” Ruger said.

The accumulation of wrenching social issues and pointed policy disputes at the Supreme Court at this moment is mostly a matter of chance. A legal fight over the regulation of abortion clinics in Texas has been underway for two and a half years.

President Barack Obama’s plan to shield from deportation millions of immigrants who are living in the country illegally was rolled out a year ago and almost immediately challenged in court. Faith-based groups that say they are forced to be complicit in providing objectionable birth control to women covered under their health plans have been challenging the Obama administration for more than three years.

It is still is possible the immigration dispute will not be heard until next fall, if at all.

Now that the cases are at the marble courthouse atop Capitol Hill, the justices’ decisions could feed campaign rhetoric that already has been heated on abortion and immigration, to name just two issues.

In June 2012, Chief Justice John Roberts provided the decisive vote that saved Obama’s health care overhaul in the midst of the president’s campaign for re-election.

A short time later, Republican candidate Mitt Romney proclaimed that as president he would do what the high court failed to do that June, get rid of the health care law. Obama won re-election, and the law survived.

Ruger said the chief justice wrote a nuanced opinion that appeared to show some sensitivity to the looming election.

“I think Roberts recognized this was going to be an issue in front of the voters,” Ruger said. The electorate ultimately would decide the health care law’s fate, he said.

Court decisions close to an election, especially when they produce big changes in the law, also can increase attention paid to those issues.

Ura pointed to Brown v. Board of Education’s outlawing of racial segregation in public schools and Lawrence v. Texas’ ban on state anti-sodomy laws as examples of past decisions that altered “the existing arrangement of material or symbolic benefits in our political system.” Researchers found that those decisions “led to a large, sustained increase in the media’s attention” to those issues, Ura said.

Last term’s big rulings on health care and same-sex marriage already have prompted criticism of the court, and of Roberts and Justice Anthony Kennedy in particular, from several Republican presidential candidates. Sen. Ted Cruz of Texas, for example, has said that putting Roberts on the court was a mistake, even though Cruz endorsed his nomination in 2005.

The court’s 2010 decision in Citizens United that led to a flood of what critics call “dark money” in political campaigns remains controversial, and Democratic candidates have pledged to try to undo it.

The Roe v. Wade decision in 1973 that established a woman’s right to an abortion produced a backlash that eventually showed up in election returns, said Sara Benesh, a political scientist at the University of Wisconsin-Milwaukee. “A lot of scholars say (President Ronald) Reagan got elected because of Roe v. Wade. Pro-life forces really got him moving in his campaign,” Benesh said.

But there is little evidence that the court itself will become an issue in the campaign, except perhaps on the margins, she said.

The court and the justices are little known to the public. “It seems to me a long, drawn-out relationship between any decision the court might make and any decision an individual might make in the voting booth,” Benesh said.

Every four years, interest groups across the political spectrum try to make that connection for voters. Elections matter, they say, because the winner may get to choose justices who will serve for the next quarter century or longer.

Indeed, with four justices in their late 70s or early 80s, and the court so closely and fiercely divided, any appointment could dramatically change the court’s direction.