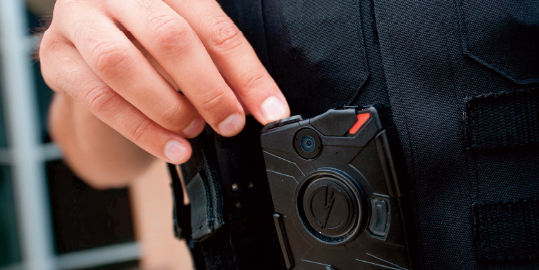 SPRINGFIELD, Ill. – The yearlong delay before the release of a video showing a white Chicago police officer fatally shooting a black teenager has Illinois lawmakers facing the same question before many states: As officers’ dashboards and body cameras capture more police encounters with the public, how much access to the videos should there be under open records laws?
It’s a challenge for government officials who have to weigh the public’s increasing appetite to monitor how police officers do their job with law enforcement’s desire to protect the privacy of victims shown in videos and the integrity of pending investigations.
In Illinois, some legislators want a judge to be the first stop in determining whether a video involving police use of force should be released to the public, removing the power from law-enforcement agencies to make that determination on their own.
“We’re saying ‘Go to the judge to issue a protective order.’
Otherwise it should be released under the normal (open records) guidelines,” said Rep. Art Turner, a Chicago Democrat who introduced the proposal last month with the intent of restoring “public confidence in the process and the way these police shootings are handled.”
The bill was spurred by the killing of 17-year-old Laquan McDonald in October 2014, which was captured by a Chicago police cruiser’s dashcam, but the video wasn’t made public until November – and only after a judge’s order. Officer Jason Van Dyke was charged with first-degree murder the day of the video’s release.
Already, Turner’s bill has bipartisan support from 16 lawmakers who have signed on as co-sponsors.
It would apply to dashcams and officer-worn body cameras, which are being more widely used around the country as fatal police interactions with citizens, especially African-American boys and men, come under greater scrutiny in the last 18 months.
Twenty states and the District of Columbia have laws addressing body cameras, 16 of which passed in 2015, according to the National Conference of State Legislatures.
The majority deal with guidance on how to use the cameras but only 10 put the videos under the umbrella of state’s open records laws.
Law enforcement officials said there should be caution about what videos get released and when.
“We look at it as a piece of evidence,” said Laimutis Nargelenas, a former lobbyist for the Illinois Association of Chiefs of Police and the current police chief for the Springfield Park District.
The organization’s stance is that videos should only be released when they show police use of force or a felony being committed or if someone is alleging officer misconduct and the person making the complaint doesn’t mind publicizing it.
“It’s a commendable effort focusing on a real problem. That’s a good thing,” Marlow said. “But that solution creates a brand new problem.”