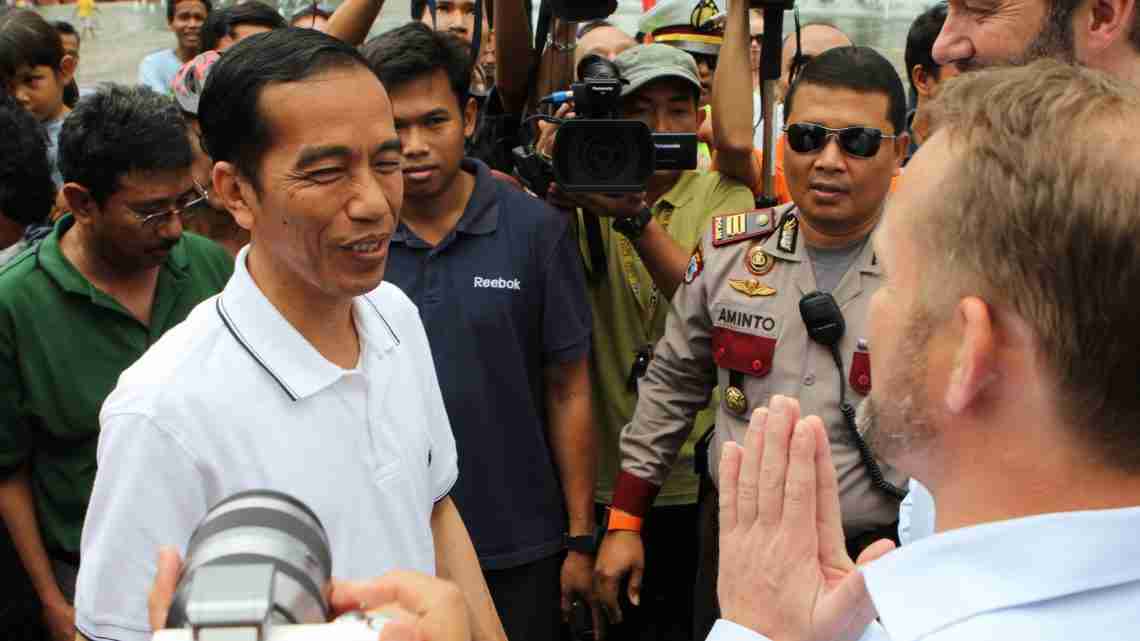 JAKARTA, Indonesia—The tug-of-war as to who calls the shots during the coronavirus outbreak is raging not only in the United States. In Indonesia, President Joko Widodo and the provincial governors too are engaged in a similar turf war.

But while it is states’ governors and not President Donald Trump who have the final say in imposing and ending lockdowns and “shelter in place” orders in the U.S., in Indonesia, Widodo makes the call, which has the governors of the 34 provinces in the country up in arms.

This fight for supremacy has brought matters to a boiling point between the national government and the governors in this archipelago nation of 270 million people. Widodo, who won a second five-year term last year, publicly chided Gov. Anies Baswedan of Jakarta, the country’s capital, for announcing plans to lock down the city in April.

On April 13, Widodo declared the pandemic a national public health emergency and a national disaster, and later signed a presidential regulation allowing provinces to impose large-scale social restrictions including mandatory social distancing and the use of face masks, the closure of office buildings, shopping centers, schools, and public areas, shuttering houses of worship and banning large gatherings.

To check the mass spread of COVID-19, Widodo banned in early May the annual celebratory trip by tens of millions of Indonesians, locally known as “mudik,” from urban centers across the vast nation to their hometowns and villages at the end of Ramadan, the monthlong Muslim holiday that ended Friday.

However, Widodo has stopped short of declaring a national or provincial-level lockdown. This can be due to economic reasons, as more than half the county’s workforce is in the informal sector living on $2 a day or less, and could be gravely impacted in the event of a lockdown.

By signing the presidential regulation last month that allowed provinces to impose various curbs, Widodo appears to have had the last word in his fight with the governors. “With the issuance of this government regulation, all is clear now. The regional heads should not make policies of their own,” the Indonesian president said at the press conference in Jakarta after signing the declaration in April.

Widodo’s seemingly arbitrary policies and actions before and since the pandemic broke out— as of Monday, 22,750 Indonesians were confirmed to have the virus confirmed cases and 1,391 had died, according to data compiled by Johns Hopkins University—have been heavily criticized by political rivals, analysts, human rights activists and sections of the local media.

“In times of crisis, when a central government decides to centralize [the] decision-making process, the ultimate goal surely must be to slash red tape so that quick decisions can be made and more lives can be saved,” the editorial board of The Jakarta Post wrote in a recent op-ed. “Taking back power from the local governments but then imposing more stringent restrictions on them is a recipe for a new disaster on top of an existing emergency. It is simply a power grab,” it said.

Widodo, Indonesia’s first president from outside the country’s traditional political elite, has also taken other steps to fight the coronavirus’ spread, including banning all foreign arrivals by air and sea, as well as domestic flights around the country.

“Since the government has made it clear that this is all about a health issue, and as the Widodo administration itself gives the initiative to impose restrictions to local governments, it sidesteps the ‘national lockdown’ issue,” said Yohanes Sulaiman, a political and military analyst.

“What people are concerned about is whether the government will impose the civil emergency law, as it will curb freedom of speech and so forth, significantly,” he said. “While there are talks inside the military about whether doing it is a good idea, so far, Widodo has resisted it, possibly as it will put all the blame on him should things go south.”

Widodo’s government has also mobilized both military and civilian police forces, and the shadowy State Intelligence Agency, to help in the effort to stop the pandemic’s spread.

Indonesia embraced democracy in 1999 after more than 50 years of authoritarian, military-backed rule. For 32 years, it was ruled by dictator president Suharto, a former army general, whose military-backed regime fell amid mass student protests and a plummeting economy in 1998.

The fall of the Suharto regime ushered in a democratic era including direct, free and fair elections and the opening up of the press. As part of Indonesia’s transition to democracy, it embraced regional autonomy, giving directly-elected provincial governors, district chiefs and mayors more authority to set policies in their regions. Now, the coronavirus outbreak and the actions of Widodo are testing Indonesia’s democracy.