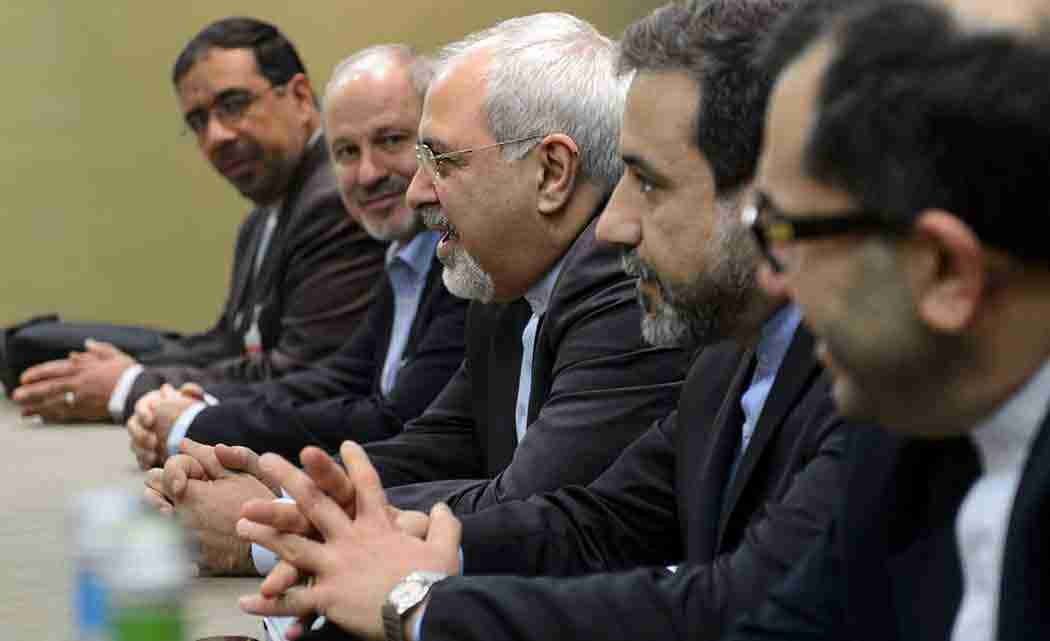 By BRADLEY KLAPPER and GEORGE JAHN

LAUSANNE, Switzerland — A senior Iranian official suggested Tuesday that Iran is nearing a preliminary deal with the U.S and five world powers that would lead to a breakthrough eluding them for more than a decade — a formal pact limiting Tehran’s ability to make an atomic weapon while easing punitive economic sanctions on the Islamic Republic.

The United States was less upbeat, with officials saying the sides had made progress but still had a ways to go in eliminating differences over what Iran had to do for a gradual end to sanctions.

“There’s no doubt they have made substantial progress over the past year,” said White House spokesman Josh Earnest. “Reaching an agreement is at best 50-50.”

The sides face two deadlines: an end-of-March date for a preliminary deal, and a June deadline for a comprehensive agreement that fills in the blanks.

A comprehensive agreement that the U.S. says would stretch the time Iran would need to make a bomb from a few months to a year has been a top foreign policy objective of the Obama administration. Even a deal by deadline will not end the Iran nuclear controversy, however.

Congressional Republicans have threatened to upend it, claiming it is ineffective, and it is expected to further cloud relations between the United States and Israel if Prime Minister Benjamin Netanyahu forms the next government, either through elections on Tuesday or as the head of a new ruling coalition.

Officials for both sides have said that the talks are making headway on limiting Iranian nuclear activities that could be retooled to make weapons. In exchange, the West would progressively lift economic and political sanctions.

Still, the comments by Iranian nuclear chief Ali Akhbar Salehi were among the most promising to date. Only one “final item” remained contentious, he told reporters in the garden of the luxury hotel in Lausanne where the talks are being held. He didn’t specify the “final item.”

If that is resolved, “we can say that on technical issues, things are clear on both sides,” he told reporters adding: “As a whole, I am optimistic.”

U.S. Secretary of State John Kerry and Iranian Foreign Minister Mohammad Javad Zarif have taken the lead in what formally remain talks between Iran on one side and the United States, Russia, China, Britain, France and Germany on the other.

Most of the disputes focus on technical issues like the numbers of centrifuges Iran would be allowed to operate as part of an agreement. The machines can enrich uranium up to levels used for the fissile core of nuclear arms, but Iran says it only has energy, medical and scientific aims.

Salehi and U.S. Energy Secretary Ernest Moniz joined the talks last month to try and iron out the technical differences.

But even if the final-stretch talks turn into a deal, outside interference could hurt chances of its implementation.

A letter last week by Republican senators to the Iranian leadership warning that Congress could upend any deal continues to cast a shadow over the negotiating table. Another senior American official said the issue came up at Monday’s Kerry-Zarif meeting as well as a Sunday gathering among senior U.S. and Iranian negotiators.

Both American officials demanded anonymity because they were not authorized to discuss the talks on record.

The deal taking shape would limit Iran’s uranium enrichment and other nuclear activity for at least a decade, with the restrictions slowly lifted over several years.

Next post Questions about how Schock handled money lead to resignation