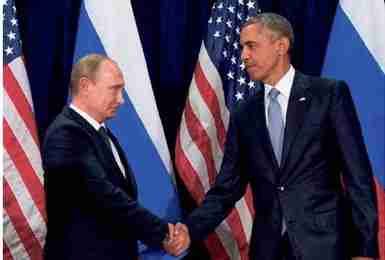 WASHINGTON – The Republicans on the Senate Armed Services Committee are joining with Democrats in calling for an examination of reports that Russia interfered in the presidential election.

The President-elect (Donald Trump) tells “Fox News Sunday” that he doesn’t necessarily oppose President Barack Obama’s order for a review of campaign- season cyberattacks. But he adds that in any such effort “you should not just say ‘Russia.’ You should say other countries also, and maybe other individuals.”

The Obama administration has said the review is not just about Russia or the election. The White House says the report will look at other election-year incidents, including 2008 and 2012 cyberattacks linked to Chinese hackers.

Trump has long said the culprit could be China or just a random hacker sitting on a couch. The CIA has concluded with “high confidence” that Russia sought to influence the U.S. election on behalf of the Republicans.

The Republicans on the Senate Armed Services Committee are joining with Democrats in calling for an examination of reports that Russia interfered in the presidential election.

Chairman John McCain, incoming Senate Democratic Leader Chuck Schumer and others said in a joint statement Sunday that the CIA’s report of Russia’s efforts in the election “should alarm every American.”

The leaders said they will push “to unify our colleagues around the goal of investigating and stopping the grave threats that cyberattacks conducted by foreign governments pose to our national security.”

Russia was the only country mentioned in the statement. President Barack Obama ordered a full review of campaign-season cyberattacks to be completed before he leaves office. President-elect Donald Trump has dismissed the CIA’s assessment that Russia powered his defeat of Democrat Hillary Clinton.