Juvenile life without parole is unconstitutional 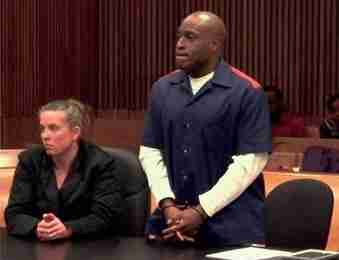 By SHARON COHEN and ADAM GELLER

It’s been more than 27 years since Hines stood before a judge in this building. He was 15 then, just out of eighth grade, answering for his role in the murder of a man over a friend’s drug debt. He did not fire the deadly shot, but when he and two others confronted 21-year-old James Warren, Hines said something like, “Let him have it,” words that sealed his conviction and punishment: mandatory life with no chance for parole.

The judgment came during a tough-on-crime era in America. Stoked by fears of teen “superpredators,” many states enacted laws to punish juvenile criminals like adults and the U.S. became an international outlier, sentencing offenders under 18 to live out their lives in prison for homicide and, in rare instances, rape, kidnapping, armed robbery.

There has since been a significant shift. Five years ago, the U.S. Supreme Court banned mandatory life without parole for juveniles in murder cases. Last year, the court went further, saying the more than 2,000 already serving such sentences must get a chance to show their crimes did not reflect “irreparable corruption” and, if not, have some hope for freedom.

Instead, uncertainty and opposition stirred by the new mandate have resulted in an uneven patchwork of policies as courts and lawmakers wrestle with these complicated, painful cases.

The odds of release or continued imprisonment vary from state to state, even county to county, in a pattern that can make justice seem arbitrary.

The Associated Press surveyed all 50 states to see how judges and prosecutors, lawmakers and parole boards are re-examining juvenile lifer cases. Some have resentenced and released dozens of those deemed to have rehabilitated themselves and served sufficient time. Others have delayed review of cases, skirted the ruling on seeming technicalities or fought to keep the vast majority of their affected inmates locked up for life.

Many victims’ relatives are also battling to keep these offenders in prison. They “already had their chance, their days in court, their due process,” says Candy Cheatham. Her father, Cole Cannon, was killed in 2003 in Alabama by Evan Miller, the 14-year-old whose no-parole sentence was the basis for the 2012 sentencing ban.

But in Hines’ case, James Warren’s family is forgiving. And his crime was committed in a county whose prosecutor has offered parole-eligible terms to dozens of these offenders.

So Hines, now 43 years old, whiskers tinged with gray, is back in court to make a case for himself.

“As a man, I take full ownership for what I did,” he tells the judge. “I tore their family up, and I didn’t even realize what I was doing.”

Hines bows his head when a woman stands to address the judge.

“He was 15 years old,” says the murdered man’s sister, Valencia Warren Gibbs. “I forgave him the day that it happened.

It’s been a year and a half since the Supreme Court’s latest ruling on juvenile offenders – the fourth decision since 2005 to find that the harshest punishments given to adults are unconstitutionally cruel and unusual when imposed on teens.

The justices cite research showing the brains of adolescents are still developing, making them susceptible to peer pressure and likelier to commit reckless acts without considering the long-term effects. To punish teens with the same severity as adults – especially when those sentences provide no discretion for individual consideration – fails to account for the differences of youth or the potential for rehabilitation, the court says.

In the January 2016 decision, the court instructed states to take a second look at former juvenile offenders serving mandatory life without parole for homicide, saying the punishment should be reserved for only the rare inmate whose crime reflects “permanent incorrigibility.” Officials are scrambling now to determine how best to review sometimes decades-old sentences, resulting in inconsistencies, confusion and some push back across the U.S.

The cases include offenders who were as young as 14 at the time of their crimes.

“It’s taking far too long to get … judges and prosecutors to understand that the mandates of the Supreme Court are not optional,” says John O’Hair, who saw more than 90 juveniles sentenced to life when he was prosecutor in Wayne County, Michigan, but has since criticized how some in his state are responding. “While all this is going on, these individuals are serving unlawful sentences. I don’t think that’s a just situation.”

For years, officials in states with the most juvenile life cases were united in arguing that the Supreme Court’s ban on life without parole did not apply retroactively to inmates already serving such sentences. Now, states are heading in decidedly different directions.

Pennsylvania, which long resisted reopening the old cases, has resentenced more than 1 in 5 of its 517 juvenile lifers and released 58 so far. Attorneys there talk about working their way through all the cases in the next three years. Just two Pennsylvania inmates have been resentenced to life without parole, which the nation’s highest court said should be uncommon and reserved for the rare offender who “exhibits such irretrievable depravity that rehabilitation is impossible.”

In Michigan, meanwhile, prosecutors want new no-parole terms for some 236 of 363 juvenile lifers, and there are wide variances from county to county, which has prompted lawsuits. Defense lawyer Deb LaBelle says more than 200 of these cases are on hold until the state Supreme Court decides whether judges or juries should hear them.

Elizabeth Calvin of Human Rights Watch said: “I don’t think anybody who is being honest about what is happening in American courtrooms can walk away and say, ‘Yes, the system has carefully culled out the worst of the worst and that’s who these individuals are.”’

In June, the state Legislature finally changed the law, making juvenile homicide offenders eligible for release after 25 years, though prosecutors can still petition a judge for a no-parole sentence in old cases and new cases of first-degree murder.

A Louisiana inmate was at the center of last year’s U.S. Supreme Court decision. Henry Montgomery, 71, originally got life without parole for the 1963 shooting of a sheriff’s deputy. He is one of about 67 former teen offenders in the state so far resentenced to life with a chance for release; he now awaits a parole hearing.

Montgomery “has been a mentor, he’s helped others and, from all indications, he does appear to be rehabilitated,” said the judge who re-sentenced him. While life without parole for teens remains an option in Louisiana, 13 states have passed legislation in just the last five years that prohibit the sentence.

Next post Homeless charity wins big on "The Wall"