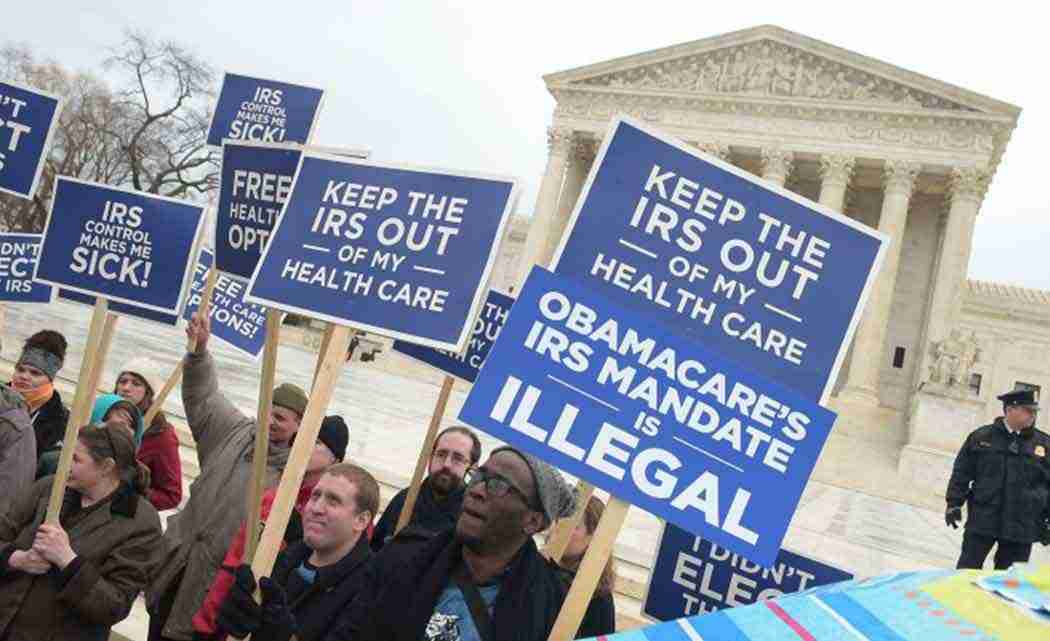 By MARK SHERMAN and SAM HANANEL
]

WASHINGTON — The Supreme Court, the setting for landmark rulings in favor of free speech, can keep protesters off its marble plaza without violating their constitutional rights, a federal appeals court ruled Friday.

The inviting 20,000-square-foot, open-air plaza can remain a protest-free zone because the court has an interest in preserving decorum and the idea that judges are not influenced by public opinion and pressure, said a unanimous three-judge panel of the U.S. Court of Appeals for the District of Columbia Circuit.

Besides, the appeals court said, the public sidewalk directly in front of the plaza often is used by demonstrators, though the sidewalk is roughly half as deep as the plaza.

“A line must be drawn somewhere along the route from the street to the court’s front entrance. But where?” wrote Judge Sri Srinivasan, who has been mentioned as a potential high court nominee. “Among the options, it is fully reasonable for that line to be fixed at the point one leaves the concrete public sidewalk and enters the marble steps to the court’s plaza.”

Lawyers for Harold Hodge Jr., whose arrest in 2011 led to the court case, called the decision a blow to the First Amendment and said the justices themselves ultimately will be asked to rule on the issue. But through Chief Justice John Roberts’ approval of regulations prohibiting protests on the plaza, the justices “have already made their views on the subject quite clear,” said John Whitehead, president of the Rutherford Institute, which is representing Hodge.

The decision reversed a lower court ruling that declared unconstitutional a law prohibiting protests on the plaza.

Since 1983, the Supreme Court has interpreted the law to allow protests and other displays on the sidewalk surrounding the building. But that ruling did not directly consider demonstrations on the plaza that sits beneath the court’s iconic engraved promise of “Equal Justice Under Law.”

The case decided Friday arose after Hodge, a student, was arrested on the Supreme Court plaza while wearing a sign that criticized police treatment of blacks and Hispanics. Hodge sued and a federal judge found the law prohibiting access to the plaza to be too broad.

That law makes it a crime to “parade, stand or move in processions or assemblages,” or to display a “flag, banner or device designed or adapted to bring into public notice a party, organization or movement,” at the high court’s building or grounds.

In her 2013 decision ruling in Hodge’s favor, U.S. District Judge Beryl Howell said the law was invalid because it was not limited to people who could be seen as trying to sway the Supreme Court’s decisions. She said it was so broad it could criminalize tourists wearing T-shirts with a school logo or preschool students parading on a field trip to the high court.

Two days after the 2013 ruling, the Supreme Court produced a new, narrower regulation banning demonstrations on the court’s grounds or in the building. The ban includes picketing, speech-making, marching, vigils or religious services “that involve the communication or expression of views or grievances, engaged in by one or more persons, the conduct of which is reasonably likely to draw a crowd of onlookers.”

The new regulation says “casual use by visitors or tourists” that isn’t likely to attract a crowd is not banned.

The Supreme Court said in the 1983 decision that the law regarding the Supreme Court grounds requires protests and other displays to take place on the public sidewalk surrounding the building. The sidewalk is heavily trafficked, especially on days when major decisions are handed down. The plaza also is in use immediately after major case arguments – with parties and their lawyers providing their views to the news media.

In his decision Friday, Srinivasan noted that the plaza, in appearance and design, is integrated with the building itself. The judge quoted Justice Stephen Breyer in describing the plaza “as the opening stage of ‘a carefully choreographed, climbing path that ultimately ends at the courtroom itself.’”

But Breyer was writing to express his disagreement with the court’s decision to close the front steps as an entrance to the building and instead require visitors to use side doors on either side of those steps. He also voiced the hope that the doors would one day be reopened as an entrance and “as a symbol of dignified openness and meaningful access to equal justice under law.”

Next post Were Blacks Systematically Eliminated from New Orleans After Katrina?