Lawyers: Death of Haiti plaintiff in US suit ‘suspicious’ 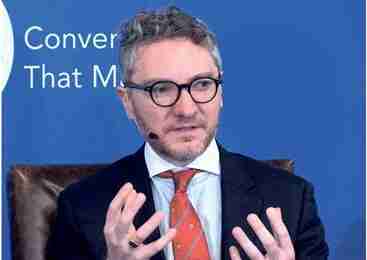 Scott Gilmore is an attorney with the Center for Justice & Accountability.

PORT-AU-PRINCE, Haiti – Lawyers in a U.S. lawsuit against the former mayor of a remote Haitian town called Friday for a full investigation into the death of a plaintiff in the case and sought government protection for his relatives and the family of two other complainants.

Nicole Phillips, a human rights attorney in Haiti, described the sudden death of 56-year-old Nissage Martyr as suspicious. He collapsed and later died while watching a soccer game with at least 60 other people in Les Irois on the tip of Haiti’s southern peninsula a day after the U.S. lawsuit was filed against ex-Mayor Jean Morose Viliena.

Les Irois is the isolated town where Viliena is accused of leading an armed group in attacks on his critics and political opponents while in office from 2006 to 2010.

The Center for Justice & Accountability, a San Francisco-based human rights group, alleges that Viliena and his men killed the brother of a man who accused him of misconduct, attempted to kill Martyr and another man during a raid on a community radio station, and burned down 36 homes targeting members of an opposing political faction.

Martyr lost one of his legs to amputation after the attack.

Viliena is now a resident of Malden, Massachusetts, and lost a certificate as a school bus driver after the federal lawsuit against him was filed last week.

Thursday calls to his Massachusetts home went unanswered. Viliena told The Boston Globe newspaper in recent days that he was in the process of finding legal representation and would not discuss any allegations against him until he had a lawyer.

Phillips said that Martyr, who had received death threats in the past, could have been the target of a poisoning or some other type of foul play. He showed no symptoms of illness before his March 24 death in Les Irois.

“We think that the timing makes this very suspicious,” she said.

Scott Gilmore, an attorney with the Center for Justice & Accountability, demanded an autopsy and called on “all authorities to assist in uncovering the facts.”

Last Thursday calls to spokesmen with the Haitian National Police and the ministry of justice went unanswered.

The Center for Justice & Accountability said Martyr and two other men turned to U.S. courts because Viliena was not held accountable in Haiti. They are suing under the Torture Victim Protection Act of 1991, a U.S. law that allows foreign victims of human rights abuses to file lawsuits in the U.S. against foreign officials who commit torture or killings.

In 2015, the Inter-American Commission on Human Rights called for Haiti to investigate the allegations of human rights abuses in Les Irois and protect accusers and their relatives.

But Phillips said she and other human rights lawyers were not aware of any effort taken by Haitian administrations to comply.