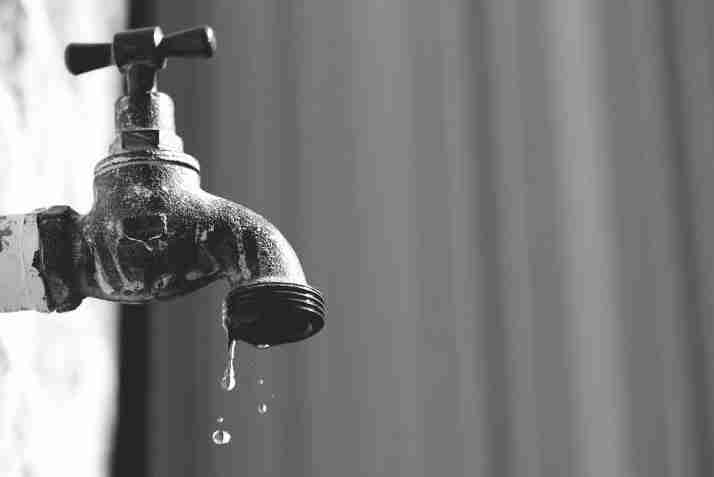 WASHINGTON – It’s been two years since problems began with the drinking water in Flint, Michigan, and nearly six months since officials declared a public health emergency there. Yet a bipartisan congressional effort to aid the predominantly African-American city north of Detroit is idling in the Senate – stalled by the objections of a Republican senator from Utah. Rep. Dan Kildee, a Michigan Democrat who represents Flint, says his hometown is struggling while Congress bickers.

“This is not an abstraction. This is 100,000 kids and adults all suffering every single day and it’s pretty frustrating,” Kildee said in an interview. “We will not give up, that’s for sure,” Kildee said, vowing that congressional Republicans “are not going to run out the clock on Flint, Michigan.” In fact, support for Flint is bipartisan. Michigan’s congressional delegation has unanimously pushed for Flint aid, and Republican Gov. Rick Snyder urged Congress to pass the bipartisan Senate bill “immediately” at an otherwise contentious congressional hearing last week.

Michigan Democratic Sens. Debbie Stabenow and Gary Peters reached agreement with key Republicans last month on a $220 million package to fix and replace leadcontaminated pipes in Flint and other cities. But the bill remains on hold after Republican Sen. Mike Lee of Utah objected in late February. Michigan has a budget surplus and does not need federal money to fix the problem, Lee said. Stabenow’s frustration has been evident. In an impassioned speech on the Senate floor, she said that as a mother and grandmother, she “can’t imagine the fear and horror” Flint families feel as they are forced – month after month – to use bottled water to drink and bathe. Like other Americans, Flint residents “assumed that when you get up in the morning and turn on the faucet, when you take a shower or you feed your children, clean water is going to come out of the pipes,” Stabenow said in a March 17 speech.

“We all assume that. That is pretty much a basic human right.” But not in Flint, where the water is tainted with lead. Flint’s drinking water became tainted when the city switched from the Detroit water system and began drawing from the Flint River in April 2014 to save money. The impoverished city was under state control at the time. Regulators failed to ensure the water was treated properly and lead from aging pipes leached into the water supply. Elevated lead levels have been found in at least 325 people, including 221 children. Lead contamination has been linked to learning disabilities and other problems. Stabenow, in her Senate speech, said she and other lawmakers have been pushing since January to pass a bill to help Flint, “yet the children of Flint are still waiting. The children of Flint need our help.

We have a bipartisan bill, and we need a vote.” Lee said he, too, wants a vote – but only if the bill is paid for in what he considers an honest manner. Not only that, legislation labeled as helping Flint actually allows cities across the country to replace aging infrastructure where lead lurks as potential health hazard, he said.

“What’s really happening here is that Washington politicians are using the crisis in Flint as an excuse to funnel taxpayer money to their own home states, and trying to sneak it through the Senate without proper debate and amendment. I respectfully object,” Lee said in a statement. Peters and other supporters say the inclusion of cities only makes the bill more important as lead-tainted water is found in Newark, N.J., Sebring, Ohio and other municipalities.

“This is an issue every community in our country may potentially face,” Peters said. The Senate bill would be paid for by redirecting up to $250 million in unspent money from an Energy Department loan program for high-tech cars. Lee, a freshman who was elected with the help of the tea party, does not object to redirecting money to Flint, but he wants to ensure that money committed to Flint does not add to the federal deficit, said spokesman Conn Carroll. Stabenow and Peters, whose state is the hub of U.S. auto manufacturing, want to protect that Energy Department program, which involves loans issued through the Advanced Technology Vehicles Manufacturing program, a remnant of the 2009 economic stimulus law. While lawmakers continue to negotiate – and point fingers over who’s to blame for the Flint crisis – Kildee said the time to act is now. “The people in Flint are American citizens and they are in crisis,” he said. “When there is a disaster and Americans face a crisis, we all pitch in,