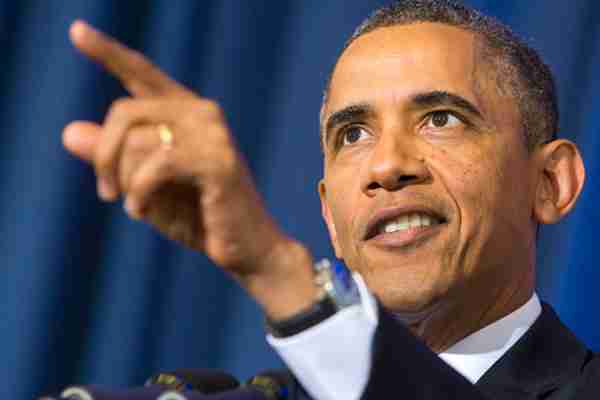 WASHINGTON — Even as they grapple with an immigration crisis at the Mexican border, White House officials are making plans to act before November’s elections to grant work permits to potentially millions of immigrants who are in the U.S. illegally, allowing them to stay in the United States without threat of deportation, according to advocates and lawmakers in touch with the administration.

Such a large-scale move on immigration could scramble election-year politics and lead some conservative Republicans to push for impeachment proceedings against President Barack Obama, a prospect White House officials have openly discussed.

Yet there is little sign that the urgent humanitarian situation in South Texas, where unaccompanied minors have been showing up by the tens of thousands from Central America, has impeded Obama from making plans to address some portion of the 11.5 million immigrants now in this country illegally. Obama announced late last month that congressional efforts to remake the nation’s dysfunctional immigration system were dead and he would proceed on his own authority to fix the system where he could.

Since then he’s asked Congress for $3.7 billion to deal with the crisis of unaccompanied youths, a request that’s gone unmet even as the House and the Senate scramble to see if they can vote on some solution to the crisis this week before adjourning for their annual August recess.

Advocates and lawmakers who were in separate meetings Friday said that administration officials are weighing a range of options including reforms to the deportation system and ways to grant relief from deportation to targeted populations in the country, likely by expanding Obama’s two-year-old directive that granted work permits to certain immigrants brought here illegally as youths. That program, called Deferred Action for Childhood Arrivals, or DACA, has been extended to more than 500,000 immigrants so far.

Advocates would like to see deferred action made available to anyone who would have been eligible for eventual citizenship under a comprehensive immigration bill the Senate passed last year, which would be around nine million people. But Obama told them in a meeting a month ago to “right-size” expectations, even as he pledged to be aggressive in steps he does take.

That’s led advocates to focus on other populations Obama might address, including parents or legal guardians of U.S. citizen children (around 3.8 million people as of 2009, according to an analysis by Pew Research’s Hispanic Trends Project) and parents or legal guardians of DACA recipients (perhaps 500,000 to one million people, according to the Fair Immigration Reform Movement).

“Our parents deserve to live without the fear of deportation,” Maria Praeli, a 21-year-old who came to the United States from Peru 16 years ago, said at a protest outside the White House on Monday. “It is time for the president to go big and to go bold.”

Another focus could be the potentially hundreds of thousands of people who might be eligible for green cards today if current law didn’t require them to leave the country for 10 years before applying for one.

At the same time, the U.S. Chamber of Commerce says it is actively working to determine whether there are steps Obama could take by executive action that could help the business community.

Associated Press writers Jim Kuhnhenn and Alicia A. Caldwell contributed to this report.