Obama: US re-establishing relations with Cuba 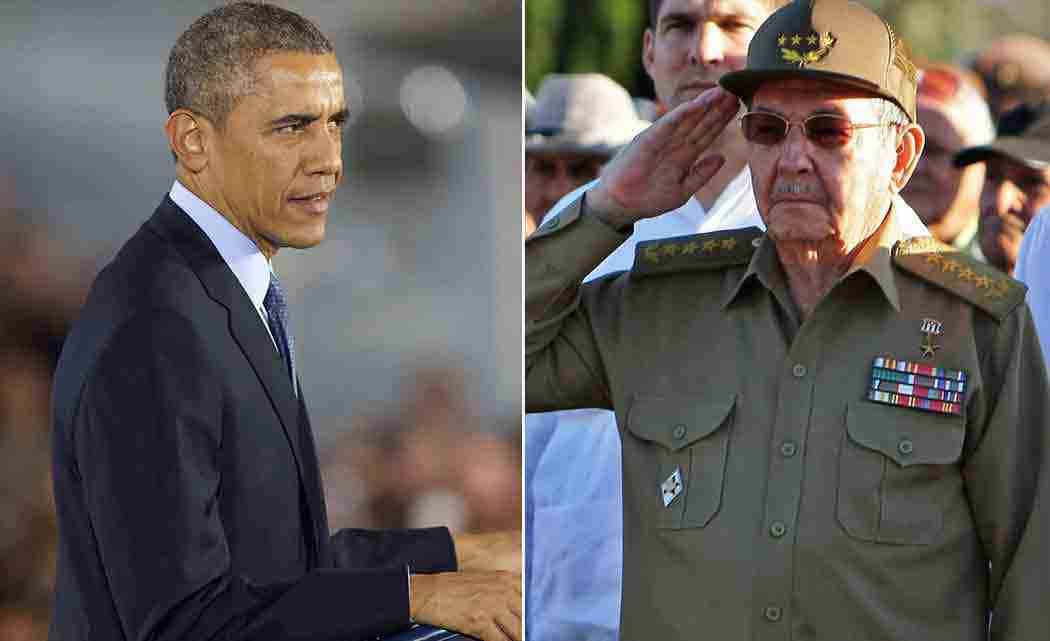 By JULIE PACE and MATTHEW LEE
WASHINGTON — President Barack Obama announced the re-establishment of diplomatic relations with Cuba on Wednesday and declared an end to America’s “outdated approach” to the communist island in a historic shift aimed at ending a half-century of Cold War enmity.

“These 50 years have shown that isolation has not worked,” Obama said in remarks from the White House. “It’s time for a new approach.”

As Obama spoke to Americans, Cuban President Raul Castro addressed his own nation from Havana, saying that while the two countries still have profound differences in areas such as human rights and foreign policy, they must learn to live together “in a civilized manner.”

Wednesday’s announcement followed more than a year of secret talks between the U.S. and Cuba, including clandestine meetings in Canada and the Vatican and personal involvement from Pope Francis. Setting the stage for the diplomatic breakthrough, Cuba released American Alan Gross, who had been imprisoned for five years, and a Cuban who had spied for the U.S. In exchange, three Cubans jailed in Florida were released by the U.S.

Gross spoke with Obama from the plane carrying him home, then met with Secretary of State John Kerry on the ground and later appeared before Washington reporters.

“This is game changing,” Gross declared in brief, emotional remarks. He flashed a broad grin with missing teeth — lost during his imprisonment — after taking an admiring glance at the American flags posted behind him and taking note that his release came on the first day of Hanukkah.

“This is like a shot of oxygen, a wish come true, because with this, we have overcome our differences,” said Carlos Gonzalez, a 32-year-old information technology specialist in Havana. “It is an advance that will open the road to a better future for the two countries.”

Obama’s plans are sweeping: He aims to expand economic ties with Cuba, open an embassy in Havana, send high-ranking U.S. officials to visit and review Cuba’s designation as a state sponsor of terrorism. The U.S. also is easing restrictions on travel to Cuba, including for family visits, official U.S. government business and educational activities. But tourist travel remains banned.

Obama’s action marked an abrupt use of U.S. executive authority. However, he cannot unilaterally end the longstanding U.S. economic embargo on Cuba, which was passed by Congress and would require action from lawmakers to overturn.

In a statement, the Vatican said Pope Francis “wishes to express his warm congratulations” for the efforts taken by Cuba and the U.S. “with the aim of overcoming, in the interest of the citizens of both countries, the difficulties which have marked their recent history.”

U.N. Secretary-General Ban Ki-moon welcomed the news and thanked the U.S. and Cuban presidents “for taking this very important step.”

Obama said Gross’ imprisonment had been a major obstacle in normalizing relations. Gross arrived at an American military base just outside Washington Wednesday morning, accompanied by his wife and a handful of U.S. lawmakers. He went immediately into a meeting with Kerry, who said he looked forward to becoming the first U.S. secretary of state in 60 years to visit Cuba.

Licensed American travelers to Cuba will now be able to return to the U.S. with $400 in Cuban goods, including tobacco and alcohol products worth less than $100 combined. This means the long-standing ban on importing Cuban cigars is over, although there are still limits.

The U.S. is also increasing the amount of money Americans can send to Cubans from $500 to $2,000 every three months. Early in his presidency, Obama allowed unlimited family visits by Cuban-Americans and removed a $1,200 annual cap on remittances. Kerry is also launching a review of Cuba’s designation as a state sponsor of terror.

Obama said he continued to have serious concerns about Cuba’s human rights record but did not believe the current American policy toward the island was advancing efforts to change the government’s behavior.

“I do not believe we can keep doing the same thing for over five decades and expect a different result,” he said.

Some on Capitol Hill disagreed with his move.

Sen. Marco Rubio, R-Fla., said the new U.S. policy would do nothing to address the issues of Cuba’s political system and human rights record.

“But it potentially goes a long way in providing the economic lift that the Castro regime needs to become permanent fixtures in Cuba for generations to come,” Rubio said.

Senate Majority Leader Harry Reid, D-Nev., said that while he remains concerned about human rights and political freedom inside Cuba, “I support moving forward toward a new path with Cuba.”

U.S. officials said Cuba was taking some steps as part of the agreement to address its human rights issues, including freeing 53 political prisoners.

Cuba also released a non-American U.S. intelligence ‘asset’ along with Gross. Officials said the spy had been held for nearly 20 years and was responsible for some of the most important counterintelligence prosecutions that the United States has pursed in recent decades. That includes convicted Cuban spies Ana Belen Montes, Walter Kendall Myers and Gwendolyn Myers and a group known as the Cuban Five.

The three Cubans released in exchange for the spy are part of the Cuban Five — a group of men who were part of the “Wasp Network” sent by Cuba’s then-President Fidel Castro to spy in South Florida. The men, who are hailed as heroes in Cuba, were convicted in 2001 in Miami on charges including conspiracy and failure to register as foreign agents in the U.S.

Two of the five were previously released after finishing their sentences.

Gross was detained in December 2009 while working to set up Internet access as a subcontractor for the U.S. Agency for International Development, which does work promoting democracy in the communist country. It was his fifth trip to Cuba to work with Jewish communities on setting up Internet access that bypassed local censorship.

Cuba considers USAID’s programs illegal attempts by the U.S. to undermine its government, and Gross was tried and sentenced to 15 years in prison.

Gross’ family has said he was in ailing health. His wife, Judy, said in a statement earlier this month that he had lost more than 100 pounds, could barely walk due to chronic pain and had lost much of the sight in his right eye. He walked without assistance after he arrived back in the United States. 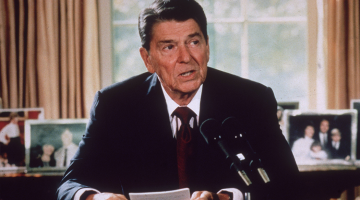