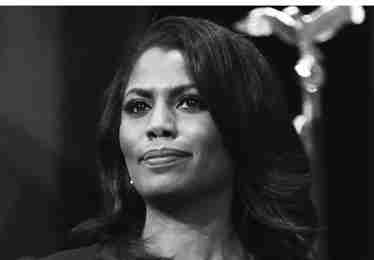 WASHINGTON – With Omarosa Manigault Newman’s departure, the White House has lost arguably its most prominent and visible African American senior staffer, serving as a reminder of the lack of diversity at the upper echelons of the Trump administration.

Manigault Newman was one of just a handful of African-Americans to hold a senior position under Trump. Ben Carson, the secretary of Housing and Urban Development, is the president’s only African-American Cabinet member. Jerome Adams, Trump’s surgeon general, is also black.

In an interview Thursday with ABC’s “Nightline,” Manigault Newman said she often felt lonely as “the only African-American woman in this White House.”

“At times it was very difficult,” she said, recalling sitting in morning senior staff meetings, with 30 other assistants to the president, where nobody looked like her.

“There was a lack of diversity that I will acknowledge,” she said in the interview. “And at times it was very lonely. Because the majority of them were white men who had their own agendas. Many of them had never worked with minorities, didn’t know how to interact with them.”

White House spokeswoman Sarah Huckabee Sanders insisted to reporters Thursday that the White House staff was indeed diverse, despite evidence to the contrary.

“Look, we have a really diverse team across the board at the White House,” she said, adding, “We always want to continue to grow the diversity here. We’re going to continue to do that and continue to work hard.”

The White House did not respond to requests Thursday for a list of how many African Americans serve in leadership positions at the White House.

Trump has often been criticized for his responses to racially charged issues, including when he claimed there was blame on “both sides” for deadly violence at a white supremacist rally in Charlottesville, Virginia, earlier this year. Trump has also gone after football players who have chosen to kneel during the national anthem to protest racism and police brutality, and he has repeatedly picked fights with African-Americans.

Manigault Newman, who was escorted off the White House grounds after resigning, had served as an assistant to the president and director of communications for the White House Office of Public Liaison, working on outreach to various constituency groups.

It remains unclear who will take over her position, though Sanders said a number of people were already engaged in outreach with the African-American community.

“This wasn’t something that was a singular effort by any one individual,” she said. “A member on the Cabinet, Ben Carson, I know, has been engaged and talked with the president on this issue.”

Sanders also mentioned the president had met with Republican Sen. Tim Scott of South Carolina, who is black.

Despite a lack of diversity at the top, the Trump administration has elevated a number of women with diverse backgrounds.