Pope urges peace and end to “arrogance of the powerful” 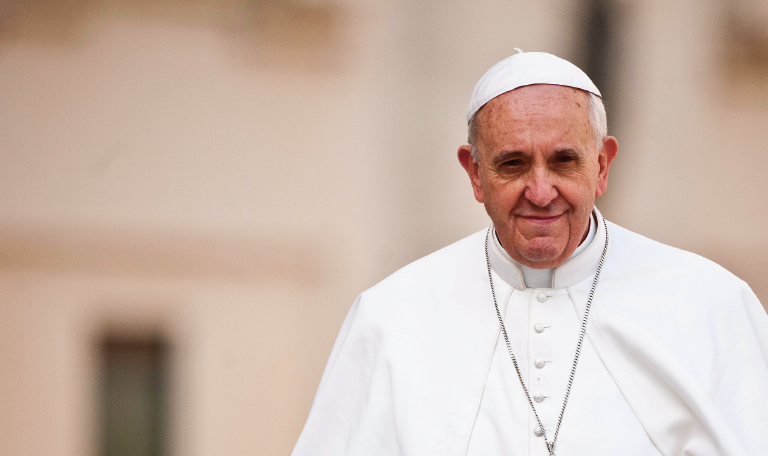 VATICAN CITY—Wishing for a year better than 2015, Pope Francis on Friday called for an end to the “arrogance of the powerful” that relegates the weak to the outskirts of society, and to the “false neutrality” toward conflicts, hunger and persecution that triggers exoduses of refugees.

In his New Year’s homily, Francis emphasized the need to “let ourselves be reborn, to overcome the indifference which blocks solidarity, and to leave behind the false neutrality which prevents sharing.”

After celebrating Mass, the pope came to the window of a Vatican palazzo overlooking St. Peter’s Square to offer new year’s wishes to a crowd of tens of thousands of tourists and Romans cheering him from below.

“At the start of the year, it’s lovely to exchange wishes. Let’s renew, to one another, the desire that that which awaits us is a little better” than what last year brought, Francis said. “It is, after all, a sign of the hope that animates us and invites us all to believe in life.”

“We know, however, that with the new year, everything won’t change and that many of yesterday’s problems will also remain tomorrow,” the pope said, adding that he was making a “wish sustained by a real hope.”

As he did in his homily earlier in St. Peter’s Basilica, the pope issued a caution that “the enemy of peace isn’t only war, but also indifference,” and he decried “barriers, suspicions, fears and closures” toward others.

In the New Year’s homily in St. Peters, he had reflected on the “countless forms of injustice and violence which daily wound our human family.”

“Sometimes we ask ourselves how it is possible that human injustice persists unabated, and that the arrogance of the powerful continues to demean the weak, relegating them to the most squalid outskirts of our world.” He continued: “We ask how long human evil will continue to sow violence and hatred in our world, reaping innocent victims.”

Francis cited no country, continent or conflict. But his words clearly evoked images of the refugees and migrants, more than 1 million of whom flooded into Europe from Africa, the Middle East and Asia in 2015, on dangerous sea or overland journeys. He spoke of “witnessing hordes of men, women and children fleeing war, hunger and persecution, ready to risk their lives simply to encounter respect for their fundamental rights.”

The Catholic church dedicates New Year’s Day to the theme of peace, and Francis this year is stressing mercy as the path toward reconciliation.

To highlight the benefits springing from forgiveness and reconciliation in the world, Francis declared a Holy Year of Mercy, which began last month and runs through November 2016. Early Friday evening, he was to visit a Rome basilica, St. Mary Major, where he sometimes slips away to pray, to open a normally sealed Holy Door as a symbolic threshold to cross toward mercy for Catholic faithful.