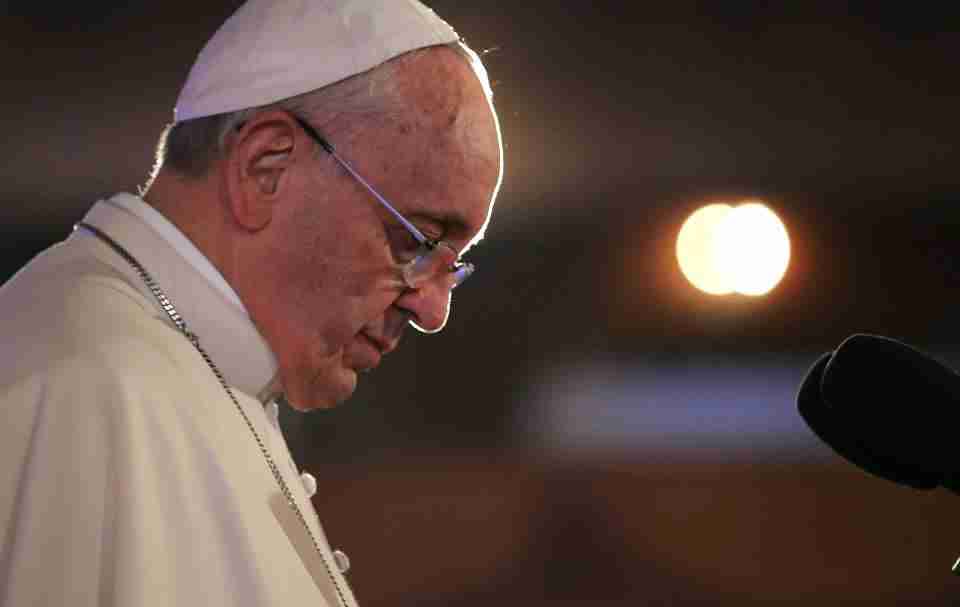 VATICAN CITY (AP) – Lamenting “the winds of war” blowing around the world, Pope Francis in his traditional Christmas message called for a two-state solution to find peace in the Middle East and prayed that confrontation can be overcome on the Korean Peninsula.

The pope took particular aim at areas of global tension where President Donald Trump is playing a critical role. Trump’s decision to recognize Jerusalem as Israel’s capital has ignited new violence in the Middle East, while confrontation with North Korea over its nuclear tests has escalated tensions in Asia.

The winds of war are blowing in our world and an outdated model of development continues to produce human, societal and environmental decline,” the pope said in his traditional “Urbi et Orbi” (“to the city and to the world”) Christmas message and blessing from the central balcony overlooking St. Peter’s Square. About 50,000 faithful packed the square.

As Christians celebrate the birth of Jesus, the pope depicted suffering reflected “in the faces of little children,”citing war and other tensions in the Middle East and Africa.

He asked for peace for Jerusalem and the Holy Land, and prayed “that the will to resume dialogue may prevail between the parties and that a negotiated solution can finally be reached, one that would allow the peaceful coexistence of two states within mutually agreed and internationally recognized borders.”

Francis also prayed for an end to confrontation on the Korean Peninsula and that “mutual trust may increase.”

The Christmas message has become an occasion for popes to survey suffering in the world and press for solutions. Francis urged that “our hearts not be closed”

as the inns of Bethlehem were to Mary and Joseph before Jesus’ birth.

The pontiff lamented that Syria remains “marked by war,” that Iraq has been “wounded and torn” by fighting over the last 15 years and that ongoing conflict in Yemen “has been largely forgotten.”

Next post Holidays present opportune time for joyfully giving back