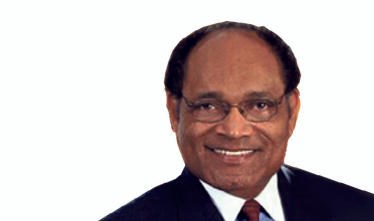 The death of Colin Powell was a tremendous loss to the United States and the world. He was one of the most admired and respected public servants in modern history.

He was a Black American who praised his country, its values, and benefits to Black Americans and their history of sacrifice and accomplishment.

For doing so, critical race theory proponents — who denigrate everything America stands for and promote racism themselves — would consider him an outcast in today’s woke ”cancel culture” America.

In his 1994 Commencement Address at Howard University, he discussed many issues which are relevant today.

He said he wanted them to "fight racism," calling it a "disease of the racist. Never let it become yours … let it always be someone else’s burden to carry.”

He had just as powerful a message regarding pride in their country, telling the class: ” … never lose faith in America. Its faults are yours to fix, not to curse. America is a family. There may be differences and disputes in the family, but we must not allow the family to be broken into warring factions."

He went on to tell them that from the diversity of America, we should ”draw strength and not cause weakness” and that they should believe in the country” … with all your heart and soul and mind … It remains the last best hope of Earth.”

For such comments, he would most likely be condemned by today’s cancel culture socialist and Marxist sympathizers found advocating critical race theory, including much of the Democratic Party leadership.

Regarding Black history, he reminded the graduates of the great legacy of the ”Buffalo Soldiers” — Black troops who served the country on the Western frontier in the years following the Civil War: ‘ ‘I am a direct descendent of those Buffalo Soldiers … and all the Black men and women who served this Nation in uniform for over 300 years … to break down the walls of discrimination and racism to make the path easier for those of us who came after them … ”

In a time when white Democrat politicians usually ignore Black voters until election time — as is the case in the Virginia governor’s race — Powell’s message has deep meaning.

He made average Black Americans, especially Black Republicans and conservatives proud: the first Black national security adviser to a president of the United States under Ronald Reagan — whom much of the press and liberal left called a racist; the first Black Chairman of the Joint Chiefs of Staff by George H.W. Bush; and the first Black Secretary of State by George W. Bush — Republicans all.

The fact that Republican presidents appointed him is why he rarely received the adulation that he deserved from the Black civil rights and political establishment.

The Congressional Black Caucus (CBC) gave him the praise in death that it did not give him in life to the best of my knowledge, no doubt because of his Republican politics and the presidents who appointed him.

In a statement, the CBC said, ”We are deeply saddened by the passing of General Colin Powell … His legacy will resonate for generations to come … ”

The same applies to the Rev. Al Sharpton, who tweeted his condolences, saying that he "… always respected him and was proud of his accomplishment … " Total hypocrisy.

Where were they when he was alive?

Where were they when civil rights advocate actor Harry Belafonte referred to Powell as a plantation house slave?

Did they condemn such derogatory and racist comments?

Did they commend Reagan for making Powell his national security adviser, George H.W. Bush for appointing him Chairman of the Joint Chiefs of Staff, or George W. Bush for making him the first Black Secretary of State — all historic appointments?

Not that I recall.

You can bet your boots they would have been praising a Democrat president for making such appointments. What a shame.

I had the pleasure of meeting him only once, but he will always be one of my heroes. He was a model of what America is and can be.

He was no victim. He was an American hero. 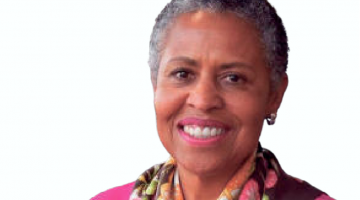