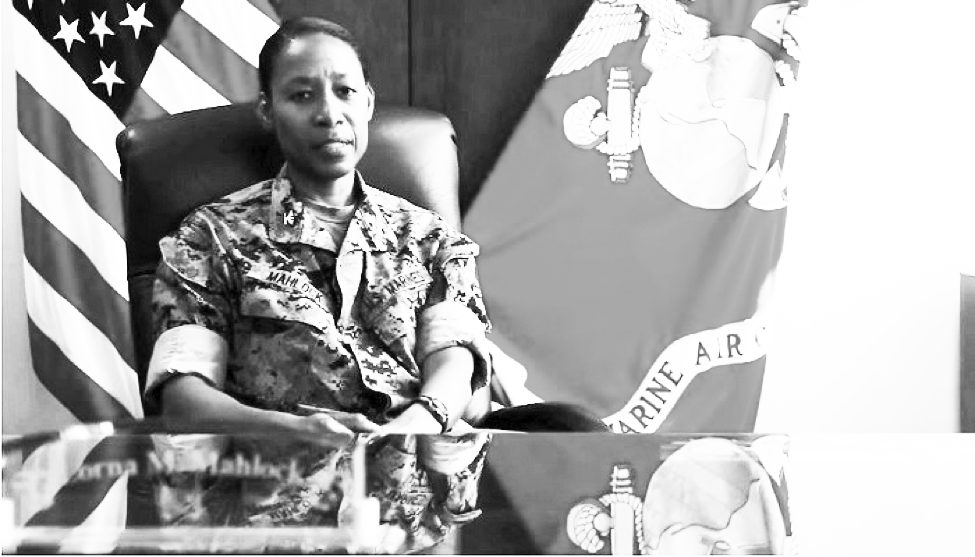 Colonel Lorna M. Mahlock has been nominated by the Trump Administration to serve as a Marine Corp brigadier general. If confirmed by the US Senate, Mahlock will be the first African American woman to hold this position in the history of the United States.

Secretary of Defense General James Mattis announced that President Trump had signed the nomination in a press statement last week.

Mahlock, 49, is now serving as deputy director at the Marine Corps’ Plans, Policies and Operations Directorate based in Washington D.C. She served prior to her current assignment as a commanding officer in Okinawa, Japan in charge of 1,300 troop and civilian personnel, according to Blavity.com, an African American online news service.

The decorated colonel joined the Marine Corps in 1985 and was deployed to Iraq for three tours of duty. She served in Marine Tactical Air Command Squadron 38 between 2002 and 2009, according to Business Insider.

Brigadier generals in the Marine Corps have one star and earn between $101,257 and $151 283, according to ferderalpay.org. The highest ranking in the Marines is a four-star general who serves as Commandant of the Corp.