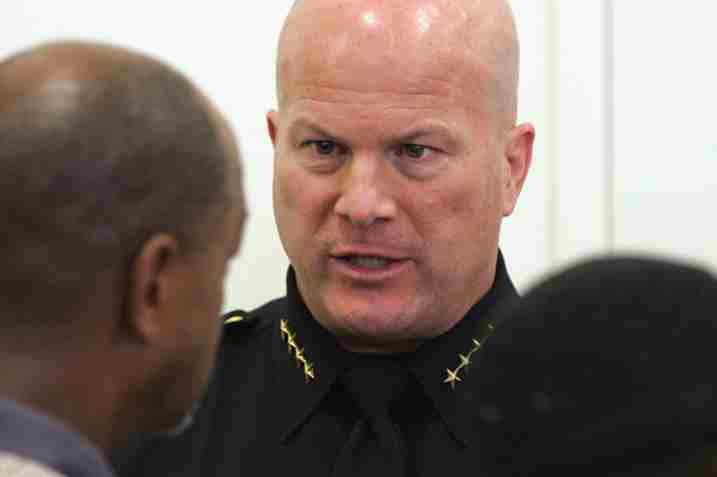 SAN FRANCISCO (AP) – Dozens of demonstrators gathered in front of San Francisco’s criminal courthouse to protest the police shooting death of a 26-year-old black man and demand the dismissal of the city’s police chief.

Demonstrators held signs calling for the firing of San Francisco Police Chief Greg Suhr and justice for Mario Woods, the knife-wielding stabbing suspect shot dead in the city’s gritty Bayview neighborhood earlier this month. Some also called for the officers who opened fire to be charged with murder.

San Francisco’s district attorney told the protesters Friday that his office is investigating the shooting.

Suhr says officers fired after Woods refused commands to drop the knife and appeared to be raising the hand holding the weapon.