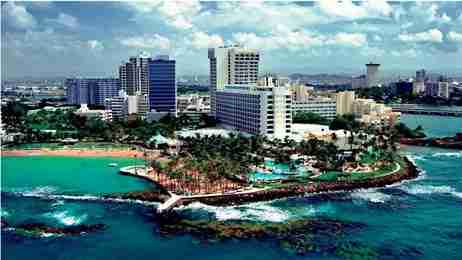 SAN JUAN, Puerto Rico – Puerto Rico entered a new financial era Friday following a historic default as it prepares for the implementation of a federal oversight board that will have control over the island’s dire finances and provide room to ease a crushing debt burden.

The government paid roughly half of $2 billion in due debt, but said it did not have the money to pay $779 million worth of general obligation bonds that are given top priority by the island’s constitution. Gov. Alejandro Garcia Padilla signed an executive order Thursday declaring a moratorium on a portion of that debt. “Even if I had shut down the government, we wouldn’t have had enough money to make the payment,” Garcia said at a news conference Friday. A bill to help the island restructure its debt, signed Thurs- day by President Barack Obama, means that “Puerto Rico will now govern itself like an adult country, responsibly, spending only what it can afford,” the governor said. “Today, the island starts belonging to us again, and not to Wall Street.”

Puerto Rico has only $200 million in cash in the operating account from which it was supposed to pay the general obligation bond debt, according to the Government Development Bank, which oversees the island’s debt transactions and is operating under a state of emergency that permits withdrawals only for essential public services.

The bank on Friday warned the government will implement what it called “extraordinary liquidity measures” in the next six months, including delaying payments to vendors and special contributions to the struggling retirement systems, so that it can continue providing essential services. Despite those measures, revenues in the operating account are expected to drop below some $95 million later this year, an amount that the bank referred to as “dangerously low.”

Grace Santana, the governor’s chief of staff, noted that the federal rescue package does not immediately change the island’s dire financial situation.

“The government’s liquidity is still fragile,” she said. While the market had anticipated Friday’s default, it affects the credibility of a territory grappling with $70 billion in public debt, economist Jose Villamil warned. “This has enormous consequences,” he said. “The default is very significant, and it likely means that Puerto Rico will not be able to re-enter the market for many, many years.”

The federal rescue package will temporarily protect the U.S. territory from lawsuits by creditors seeking to recover millions of dollars invested in Puerto Rico bonds, which had been attractive because of their triple tax-exempt status. Many of those investors were particularly lured by Puerto Rico’s general obligation bonds because of their constitutional guarantee of repayment. Garcia defended the debt moratorium as well as the state of emergency he implemented Thursday at four government agencies, including the island’s largest public university and a retirement system that has been shorted by $40 billion. “We’re doing what’s right for Puerto Rico,” he said. “These measures are necessary for the island’s recovery.”

Garcia is expected to soon sign a $9 billion balanced budget based in part on revenue projections that for the first time in the island’s history were validated by an independent agency. Previous projections had long fallen short of reality.

Garcia spoke hours after Obama signed a bipartisan bill that in part creates a federal control board for Puerto Rico that will supervise some debt restructuring and negotiate with creditors. It also allows Puerto Rico to temporarily lower the federal minimum wage for some younger workers. Obama noted there is tough work ahead to get Puerto Rico out of the hole. “We’ve got to keep on working to figure out how we pro- mote the long-term growth and sustainability that’s so desperately needed down there, but the people of Puerto Rico need to know that they are not forgotten, that they are part of the American family,” he said. The bill will give the island’s government some breathing room and allow it to maintain essential services, Villamil said. However, the control board might eventually implement austerity measures that could lead to government layoffs and affect services, he said. Exempt from Thursday’s implementation of the debt moratorium is Puerto Rico’s heavily indebted power company, which announced that it reached a separate deal with creditors to avoid defaulting on a $415 million payment.

The Electric Power Authority said creditors agreed to buy $264 million worth of new bonds as part of the agreement. Those creditors hold 70 percent of the agency’s $9 billion debt. Officials said part of the money will be used for capital projects.

Next post Young Cuban-Americans get new impressions on island visits

Previous post Global terrorism is impacting America, and who will be next?