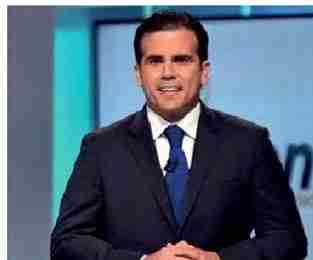 PHOTO COURTESY OF SLICE OF MIT

SAN JUAN, Puerto Rico – Puerto Rico is seeking help from federal court to restructure the debt of the U.S. territory’s public pension system, which is projected to run out of money this year.

Gov. Ricardo Rossello said late Sunday that the government has been unable to reach a deal with creditors to whom it owes some $3 billion.

“Given the system’s uncertain situation … its eventual insolvency in upcoming months and the inability to reach a deal with creditors … I have no other option to protect our retirees,” he said.

The U.S. territory is increasingly turning to the courts to restructure portions of the $73 billion public debt it holds as it struggles to emerge from a decade-long recession.

Rossello said retired workers will still receive their pensions, and that the government will dip into its general fund once the pension system itself runs out of money.

Roberto Aquino Garcia, president of the Association of Retired Puerto Rico Government Workers, said he doubts a courtordered restructuring will bring substantial relief to the more than 150,000 former government workers who depend on a system underfunded by some $50 billion.

“We hold very little hope, because unless the system receives a significant cash infusion to stay afloat, it will collapse,” he said in a phone interview.

Aquino said many retirees worry the general fund will not be able to fund their pensions because it is already low on cash.

“We don’t know what the government’s priorities will be,” he said. “Do we fall under essential services?”

The government is Puerto Rico’s largest employer, and the overall liability of its three main retirement systems grew by $10 billion from 2009 to 2013, prompting the previous administration to increase retirement ages, reduce benefits and increase employer and employee contributions.

Puerto Rico’s average public pension is roughly $1,100 a month, but more than 38,000 retired government employees get only $500 because of the type of job they had and the number of years worked.

A federal control board overseeing the island’s finances is now seeking more cuts. It has said the system will switch to pay-as-you-go funding, and that teachers and public safety workers will be enrolled in Social Security by 2020. Currently, teachers and police officers in Puerto Rico do not receive Social Security.

Aquino said a non-profit group representing nearly 100,000 retired Puerto Rico government workers has hired the same attorney who represented retired workers in Detroit, which had less than $20 billion in debts when it filed for bankruptcy in 2013 in the biggest U.S. municipal bankruptcy ever.

“There’s going to be a humanitarian crisis,” Aquino warned. “The government made a commitment to us since 1951 when it created the pension system. It’s a contract that all of us have held up on our end.”

He noted that retirees in Detroit were hit with a 5 percent cut, and anticipated that those in Puerto Rico will face a similar or worse fate.

“The majority of retirees will get their pensions cut,” he said. “Everybody must take a hit.”

Next post Dangerous time to be black in America