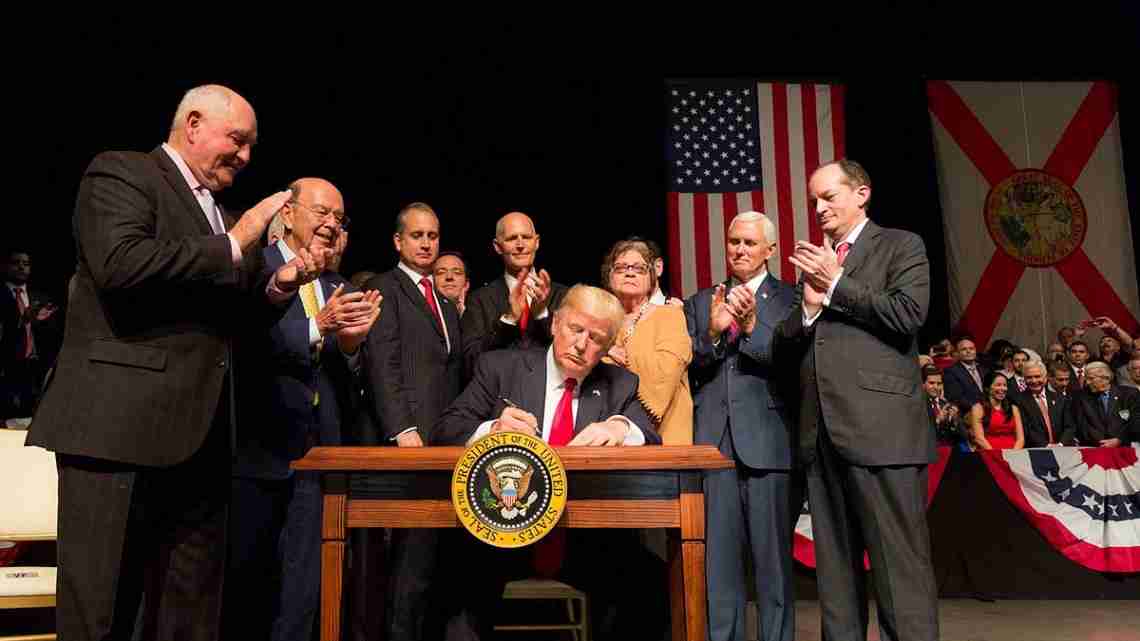 President Trump signs the memorandum on strengthening the policy of the United States’ toward Cuba.

WASHINGTON – President Donald Trump’s decision to reverse some Obama-era Cuba policies landed with a thud among many congressional Republicans who say the new approach surrenders a potentially lucrative market for American goods and services to competitors.

While anti-Castro conservatives hailed Trump’s partial roll-back of President Barack Obama’s detente, a number of other GOP lawmakers, particularly from farm states, criticized the change as misguided and isolationist. They urged him to ease barriers with Havana that will boost trade and create jobs in both countries.

Rep. Rick Crawford, R-Ark., said Trump’s shift is more than just a missed opportunity for rural America, which would benefit from greater access to Cuba’s agricultural import market. He said Trump’s policy may put U.S. national security at risk as strategic competitors move to fill the vacuum the uncoupling could create.

“Further U.S. disengagement opens up opportunities for countries like Iran, Russia, North Korea and China to gain influence on an island 90 miles off our coast,” Crawford said.

Sen. Jeff Flake, R-Ariz., a frequent critic of Trump during the 2016 presidential campaign, said in a statement that any policy change “that diminishes the ability of Americans to travel freely to Cuba is not in the best interests of the United States or the Cuban people.”

Flake has been among the most outspoken lawmakers opposed to rolling back Obama’s outreach to Havana. He’s warned that returning to a “get tough” policy hurts everyday Cubans whose livelihoods are increasingly rooted in travel and tourism.

In his statement, Flake called for the Senate’s GOP leadership to allow a vote on his legislation that he said would eliminate “archaic restrictions” on travel to Cuba that “do not exist for travel by Americans to any other country in the world.” Flake’s bill has 54 co-sponsors, including nine Republicans. Among them are Sens. John Boozman of Arkansas, Mike Enzi of Wyoming and Jerry Moran of Kansas.

During a speech, Friday in Miami, Trump portrayed his updated policy as the fulfillment of a campaign promise to reverse Obama’s diplomatic rapprochement with Cuba after decades of estrangement. Trump’s approach is aimed at halting the flow of U.S. cash to the country’s military while maintaining diplomatic relations. U.S. airlines and cruise ships would still be allowed to service the island.

Yet new moves will burden the U.S. government with the complicated task of policing U.S. travel to Cuba to make sure there are no transactions with the military-linked conglomerate that runs much of the Cuban economy.

By restricting individual U.S. travel to Cuba, the new policy also risks cutting off a major source of income for Cuba’s private business sector, which the policy is intended to support. Under the expected changes, the U.S. will ban American financial transactions with the dozens of enterprises run by the military-linked corporation GAESA, which operates dozens of hotels, tour buses, restaurants and other facilities.

Among those with Trump as he announced the policy in Little Havana were Sen. Marco Rubio and Rep. Mario DiazBalart, both Florida Republicans strongly opposed to Obama’s outreach.

Rep. Tom Emmer, R-Minn., said Trump’s new Cuba policy “will hurt the United States economically, making it harder for our nation’s farmers to access new markets and cutting the knees out from under our travel and manufacturing industries.”

Emmer, who’s been one of Trump’s most enthusiastic backers on Capitol Hill, echoed Crawford’s criticism, saying Trump’s Cuba directive appears to be in violation of his promise to keep the American homeland safe. Emmer, Crawford and five other House Republicans have warned that rolling back U.S. Cuba policy could threaten new bilateral agreements with Havana to combat human trafficking, illicit drugs and cyber crimes.

Moran said in a statement that “putting America first means exporting what we produce to countries across the globe.” He said he remains focused on finding ways to “increase trade with Cuba rather than cut off relationships that have the potential to create new jobs, bring in revenue and boost our national economy.”

“It would be more effective to continue an open line of communication and working relationship with a government in need of democratic assistance, instead of shutting them out,” Boozman said. “Through this approach, we not only trade goods, but ideas.”

Next post Third noose found at museum in Washington, D.C.

Fetterman makes it official: He’ll run for US Senate in 2022 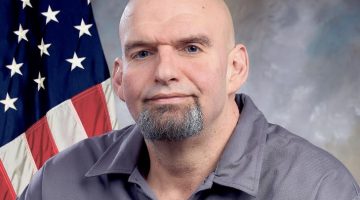