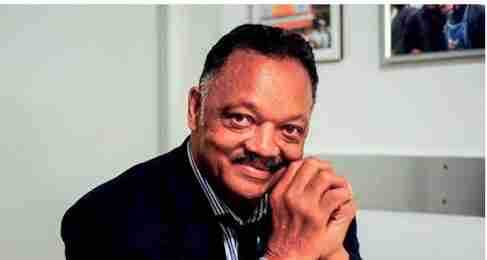 By SHARON COHEN and COREY WILLIAMS

CHICAGO – For more than 50 years, the Rev. Jesse Jackson has been in the public eye as an activist, a two-time presidential candidate and a guiding force in the modern civil rights movement.

Jackson, 76, disclosed on Friday that he’s been treated for Parkinson’s disease for the past two years, leaving unclear what role he will play in the national conversation going forward.

The onetime protégé of the Rev. Martin Luther King Jr. has taken on numerous roles that have shaped his life. Here are some of them:

Jackson’s passion for civil rights was deep in his DNA from his earliest days.

He was arrested in 1960 in his native South Carolina when he and others entered a segregated public library.

Five years later, Jackson joined King in the Selma to Montgomery, Alabama, marches. His world changed with terrible suddenness on the night of April 4, 1968, when King died of an assassin’s bullets on a balcony of the Lorraine Motel in Memphis. Jackson was with him.

As the towering leader at the center of the civil rights movement, King had been a dominant presence in the life of the young activist, still in his 20s. In the years that followed, Jackson would come into his own, becoming a familiar public face and powerful orator, fighting for voting rights, equal job and business opportunities for African Americans and an end to other racial injustices.

“In many ways, history is marked as ‘before’ and ‘after’ Rosa Parks,” Jackson said after the death of the woman whose refusal to give up her seat on a bus helped invigorate the civil rights movement. “She sat down in order that we all might stand up, and the walls of segregation came down.”

Jackson, leader of the Chicago-based Rainbow/PUSH Coalition, has continued to emphasize the power of the vote in recent appearances.

In 2014, Jackson quietly and without fanfare walked up to a memorial on a street in Ferguson, Missouri, where black 18-year-old Michael Brown was shot to death by a white city police officer. He was greeted warmly by people living nearby and those viewing the memorial.

Jackson also joined protesters as they marched through the streets of the St.

Louis suburb, demanding justice on Brown’s behalf and a stop to unfair treatment of blacks by the Ferguson officers.

It was one of countless demonstrations Jackson has participated in over the decades – marching against apartheid; flashing the peace sign at an anti-Iraq war rally in London; joining striking Red Cross, grocery and airline workers on picket lines in cities across the nation; getting arrested for protesting at a plant where workers’ jobs were being relocated to China.

Like King and other civil rights leaders, Jackson has maintained the belief that change can be achieved through nonviolence.

He led a protest last year in Flint, Michigan, where a lead-tainted water crisis started when a state-appointed manager in 2014 switched the city’s service to the Flint River from Detroit’s system. The river water was not properly treated, causing lead to leach from aging pipes into Flint homes. Tests later showed high lead levels in some children.

Jackson said there should be “tape around the city, because Flint is a crime scene.”

In 1984, Jackson entered the presidential arena as an improbable candidate for the Democratic nomination, a black civil rights activist who thundered against racial injustice and poverty, never sugarcoating his words as he addressed an overwhelmingly white electorate.

Jackson, who’d never run for public office, mobilized surprisingly large support with the passion of his words, an experienced minister who made the campaign trail itself his pulpit. He called his base a “rainbow coalition” as he won the backing of progressives, blacks, Hispanics, blue-collar workers and struggling farmers.

Taking aim at poverty and racism, Jackson called for increased federal funding for social programs, cutting the defense budget and reversing President Ronald Reagan-era tax cuts. He also called for creation of a Palestinian state – something that chilled his relationship with some Jewish voters.

Despite the skepticism that greeted his bid, Jackson won more than 3 million votes. Though he came in a distant third, Jackson was credited with enrolling as many as 2 million Democratic voters that some say helped the party recapture the Senate in 1986.

In a riveting convention speech, Jackson summed up his historic – and imperfect campaign.

“I am not a perfect servant,” he said. “I am a public servant doing my best against the odds. As I develop and serve, be patient. God is not finished with me yet.”

Four years later, Jackson made another bid for the White House, this time more experienced and better funded. His message remained the same. America had much work to do to overturn the racial discrimination, poverty and injustice that had long haunted it.

In that campaign, he won nearly 7 million votes.

For Jackson, the world has been his stage. In his role as a self-styled diplomat, he’s met with leaders such as Cuba’s Fidel Castro and Iraq’s Saddam Hussein, brokered the release of American prisoners and lobbied for causes such as wiping out apartheid.

His first success came in 1984 when Jackson, then running for president, negotiated the release from Syria of Navy Lt. Robert Goodman, who was shot down over Lebanon. That same year, Jackson visited Castro, who then freed dozens of American and Cuban prisoners from Cuban jails. In 1990, Jackson helped secure the release from Iraq of hundreds of foreign women and children being detailed as human shields to ward off an American military attack after Iraq’s invasion of Kuwait.

Critics sometimes accused Jackson of showboating and meddling in foreign policy, but his diplomatic forays also won him praise. After Goodman’s release, Reagan, in a White House ceremony, called Jackson’s trip to Syria “a personal mission of mercy” worthy of admiration.

And at a ceremony in Chicago to mark the 30th anniversary of Goodman’s release, Jackson summed up his negotiating skills with a simple declaration:

Jackson’s personal life has had its share of joy and pain. He met his wife, Jacqueline, at North Carolina Agricultural & Technical College as the civil rights movement began gaining momentum. They soon were married and had five children – three sons and two daughters.

Next post Why few women of color in wave of accusers? ‘Stakes higher’