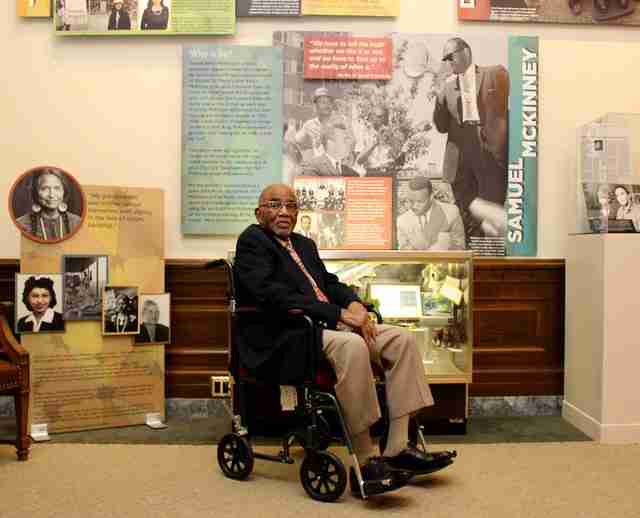 Rev. Dr. Samuel B. McKinney, a friend of Rev. Dr. Martin Luther King Jr. passed away at the age of 91.

SEATTLE (AP) – The pre-eminent civil rights leader in Seattle has died. The Seattle Times reports the Rev. Dr. Samuel B. McKinney died Saturday at an assisted-living center in Seattle. He was 91. McKinney took part in civil-rights demonstrations in Seattle, Alabama and Washington, D.C. in the 1960s, and talked his college classmate, the Rev. Dr. Martin Luther King Jr. – their fathers were pastors and friends – into coming to Seattle in 1961, which would be King’s only visit to the city.