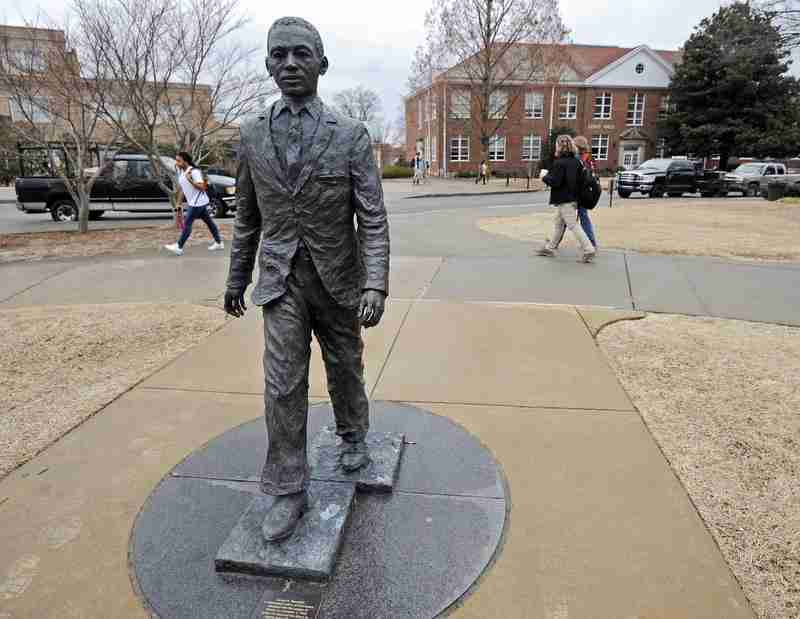 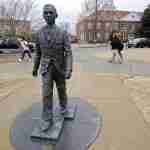 JACKSON, Miss. (AP) – A man implicated by federal prosecutors in placing a noose on a statue of a civil rights activist plans to plead guilty.

The court filing doesn’t indicate what charge Edenfield faces. People typically agree to waive indictment and plead guilty in federal court as part of a plea bargain. A lawyer for Edenfield didn’t respond to requests for comment.

Assistant U.S. Attorney Robert Norman, in a June 18 court hearing, said Edenfield took part in the February 2014 incident. A noose and a former Georgia state flag with a Confederate battle emblem were placed on a University of Mississippi statue of James Meredith, the school’s first black student.

Prosecutors said in June that another former student, Graeme Phillip Harris, hatched the plan to place the noose and flag on the statue after a night of drinking with Edenfield and a third freshman in an Ole Miss fraternity house. The third man has not been charged.

Harris pleaded guilty in June to a misdemeanor charge of threatening force to intimidate African-American students and employees at the university. He’s scheduled to be sentenced in June, and faces up to a year in jail and a fine of up to $100,000. Prosecutors have agreed to drop a stiffer felony charge in exchange for the plea.

After the noose and flag were placed on the statue on the night of Feb. 15, 2014, Norman said Harris and one of the other freshmen returned at sunrise on Feb. 16 to observe and were filmed by a video camera at the Ole Miss student union.

All three of the students withdrew from Ole Miss and the Sigma Phi Epsilon fraternity closed its chapter.

Ole Miss officials have said that they turned the case over to federal prosecutors and deferred to their judgment.