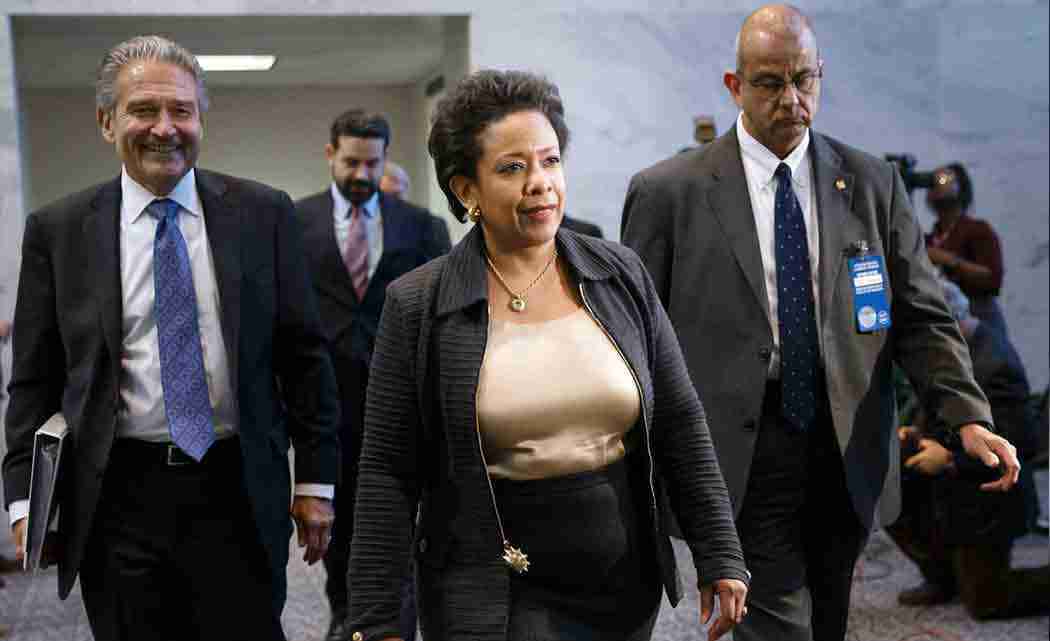 By ERICA WERNER and ERIC TUCKER

WASHINGTON — Loretta Lynch is promising a fresh relationship with law enforcement — and with Congress — as she appears before a Senate committee Wednesday in her bid to become the nation’s first female attorney general.

In the first confirmation hearing under the Republican-led Senate, Lynch was scheduled to appear before the Senate Judiciary Committee as it opens two days of hearings on her nomination. She’s widely expected to win confirmation but will face tough questions nevertheless.

Lynch, the U.S. attorney for the Eastern District of New York, would replace Eric Holder, who announced his resignation last fall after leading the Justice Department for six years. Holder has been a lightning rod for conservative criticism, clashing with Republicans and becoming the first sitting attorney general held in contempt of Congress

Holder also battled the perception from critics that he aligned himself more with protesters of police violence than with members of law enforcement, a charge he and the Justice Department have strongly denied — but one that resonated in the aftermath of high-profile deaths of black men at the hands of white police officers.

In her prepared testimony, Lynch promised a fresh start in that relationship, too.

“Few things have pained me more than the recent reports of tension and division between law enforcement and the communities we serve,” Lynch said, pledging to “work to strengthen the vital relationships” if confirmed.

Lynch already has earned praise from several GOP senators for her impressive credentials and accomplishments. But she’ll face tough questions from Republicans who now control the Senate. The hearing gives them an opportunity to press their opposition to Obama administration policies while showcasing their own governing roles as the 2016 presidential election cycle gets underway.

“She certainly has the credentials. We don’t want a repeat of what we had,” said Sen. Orrin Hatch, R-Utah, a senior committee member. “I look upon her as a pretty good appointment, but I have to listen along with everybody else.”

The Judiciary Committee includes some of the Senate’s most outspoken Republicans, among them Sen. Ted Cruz of Texas, a potential presidential candidate who promised to quiz Lynch on Obama’s executive actions on immigration that granted reprieves from deportation to millions.

“We need an attorney general who will stop being a partisan attack dog and instead get back to the traditions of upholding the Constitution and the law in a fair and impartial manner,” Cruz said.

Lynch’s hearing comes amid a nationwide spotlight on police tactics in the wake of deaths of black men at the hands of white police officers, as well as the slaying last month of two officers in New York City. It’s an issue Lynch, 55, is deeply familiar with.

Lynch has been the top prosecutor since 2010 for a district that includes Brooklyn, Queens, Staten Island and Long Island, a role she also held from 1999 to 2001.

On a conference call Tuesday, law enforcement officials praised Lynch’s nomination. New York Police Commissioner Bill Bratton described her as a “fair-minded individual” who would be able to navigate sensitive matters of race relations and policing and see both sides.

Lynch grew up with humble beginnings in North Carolina, the daughter of a school librarian and a Baptist minister. She went on to receive undergraduate and law degrees from Harvard University. “I believe in the promise of America because I have lived the promise of America,” she said in her prepared testimony.

Previous post What to Watch Wednesday at the Australian Open quarterfinals