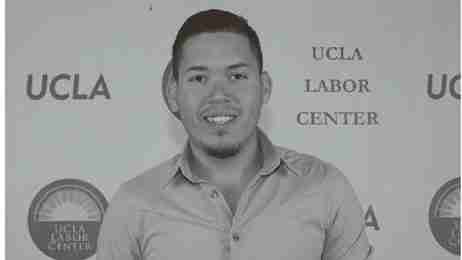 MIAMI – A bipartisan bill protecting DREAMers and providing them with a path toward legalization was introduced last week; 95% of DREAMers either work or go to school, 87% have jobs in U.S. businesses, and DREAMers contribute more than 3.4 billion dollars toward the nation’s economy, Beneficiaries of both the Deferred Action for Childhood Arrivals (DACA) and Temporary Protective Status (TPS) must be afforded not only protection from deportation, but a path toward residency.

The following is a statement from Julio Calderon, South Florida Organizer:

“As someone who has family members under DACA and TPS, it has become an urgency to find a way to protect them from deportation,” said Calderon. “We need to include both DACA and TPS holders in legislation to stop the threat of deportation. Democrats and Republicans can do more and we expect them to show leadership.”

The legislation was introduced just a few days after 10 attorney generals, led by Texas, sued the administration and requested to rescind DACA. Furthermore just a few days ago, the House Appropriation Committee approved a discriminatory budget that would allocate taxpayer dollars toward needless immigration enforcement, which harass our immigrant communities.

The following is a statement from Maria Rodriguez, Executive Director of Florida Immigrant Coalition:

“We welcome the new Dream Act and celebrate the Senate’s move to protect our immigrant communities and to safeguard recipients of DACA from deportation,” said Rodriguez. “While we laud the introduction of the DREAM Act we think Graham and Durbin should also spearhead legislation to support recipients of TPS. Recipients of both DACA and TPS are vital for both our nation’s economy and our communities and need permanence.”

Currently 78% of the country supports legislation that provides legalization for DREAMers, in addition to 73% of Trump supporters.

We’re not only protecting our young immigrants by providing them with a path toward legalization, but our future as a nation. These are our leaders, and our futures beam bright with them in it.

The Florida Immigrant Coalition is a statewide alliance of over 60 member organizations, including farm-workers, students, service providers, grassroots organizations and legal advocates, who come together for the fair treatment of all people.

Previous post Who benefits in America with the exorbitant cost of healthcare?