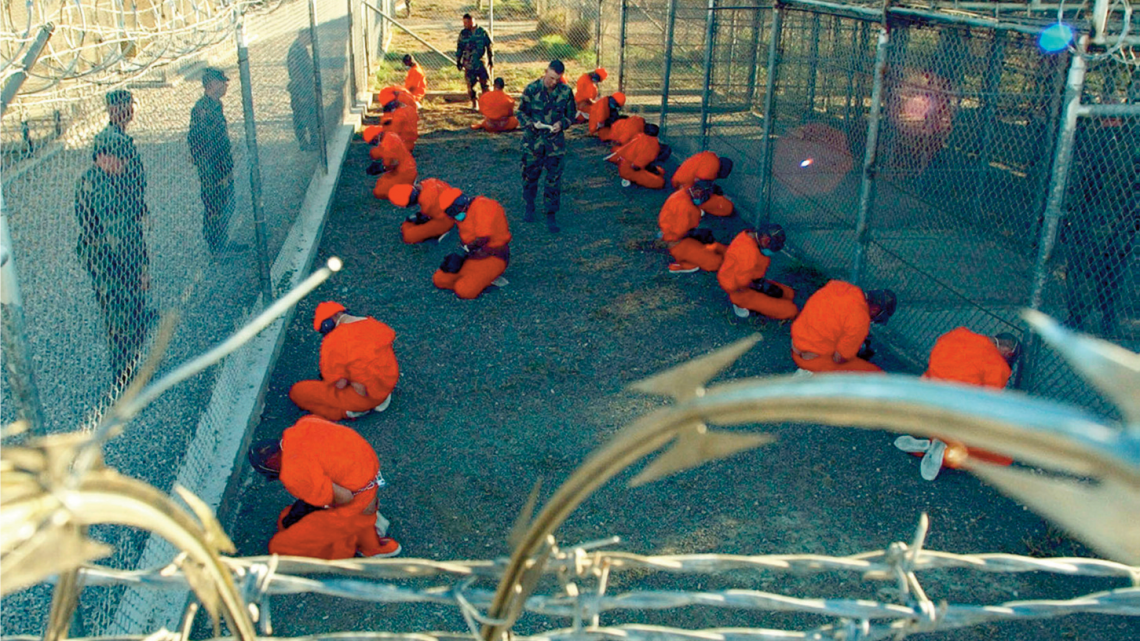 By BEN FOX and KRISTA LARSON

DAKAR, Senegal – Senegal has agreed to take in two Libyans who spent nearly 14 years in custody at the U.S. base in Cuba without charge, becoming the second country in West Africa to accept former detainees, officials said Monday.

Salem Abdu Salam Ghereby, 55, and Omar Khalif Mohammed Abu Baker Mahjour, who records show is about 44, were both members of the Libya Islamic Fighting Group, an organization that sought the ouster of Libyan leader Moammar Gadhafi and had been designated a terrorist organization by the U.S. since 2004.

Khalif’s lawyer, Ramzi Kassem, said his client is looking forward to “receiving proper medical care” as he is missing his right leg below the knee after stepping on a land mine in Afghanistan in 1998. He is also blind in one eye, and has shrapnel in his leg and arm.

“This is a bittersweet moment. I’m unsure why a half-blind, one-legged man with only one fully-functioning arm, and whose only supposed crime was to object to the Gadhafi dictatorship in his native Libya, was not freed years ago,” said Kassem, a professor at City University of New York School of Law.

Ghereby had dropped a legal challenge to his detention after he was cleared for transfer from Guantanamo by U.S. authorities in 2010. He is hoping that his wife and three children, including a daughter born after he was taken into custody, will be able to join him in Senegal, according to his lawyer, Richard Wilson, a retired law professor from American University in Washington. “He was thrilled when he heard that Senegal was receptive to family reunification,” Wilson said.

Their departure comes amid an effort by President Barack Obama to release Guantanamo prisoners who are no longer deemed a threat and to eventually close the detention center, a prospect that faces strong opposition in U.S. Congress. With the release of the two Libyans, there are 89 men left, including 35 cleared for release who are expected to be gone within months.

Neither of the two Libyans could be sent back to the homeland they fled in the 1990s because of the instability there unleashed by the violent overthrow of Gadhafi. U.S. Secretary of State John Kerry expressed thanks that Senegal agreed to take the men. “The United States appreciates the generous assistance of the government of Senegal as the United States continues its efforts to close the Guantanamo Bay detention facility,” Kerry said. “This significant humanitarian gesture is consistent with Senegal’s leadership on the global stage.”

Next post FUNdraising Good Times: Double check: why you need a proofreader