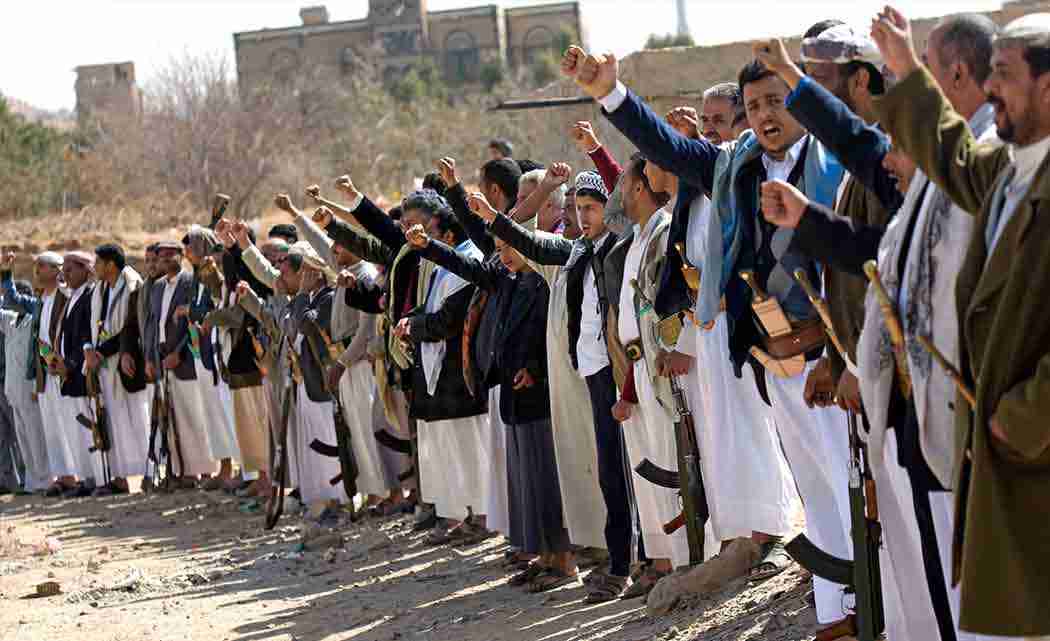 SANAA, Yemen (AP) — Yemen’s powerful Shiite Houthi rebels shelled the residence of the country’s embattled president Tuesday and simultaneously swept into the presidential palace in the capital, Sanaa, as a top military commander warned that a full-fledged “coup” was underway.

President Abed Rabbo Mansour Hadi was inside the residence as it came under “heavy shelling” for half an hour but he was unharmed and protected by guards, officials said. In New York, the U.N. Security Council held an emergency meeting over the chaos in Sanaa.

The shelling was a dramatic development that put the U.S.-backed Hadi into a precarious position and represented the starkest challenge to his authority since the Houthis swept into Sanaa from their northern stronghold and seized the capital in September.

At the same time, Houthi rebels also raided the president’s offices, sweeping into the presidential palace and looting the grounds’ arms depots, according to Col. Saleh al-Jamalani, the commander of the Presidential Protection Force that guards the palace.

“This is a coup. There is no other word to describe what is happening but a coup,” al-Jamalani told The Associated Press, adding that the rebels were likely aided by insiders.

In a starkly different narrative, the Houthis’ TV network al-Masseria claimed the rebels intercepted and foiled attempts by an unspecified group to loot weapons from the presidential palace.

The escalation shattered a tense ceasefire that had held overnight and throughout the morning, following Monday’s heavy clashes that engulfed the city, leaving ordinary Yemenis stunned and fearing for their country.

The U.N. Secretary-General Ban Ki-moon expressed concern over the “deteriorating situation” in Yemen and urged all sides to cease hostilities.

The latest spasm of violence followed apparently unsuccessful negotiations earlier in the day between Hadi and a representative of the Houthis at his residence.

Also earlier Tuesday, Houthi fighters roamed the streets on foot and in pickup trucks mounted with anti-aircraft guns, manned checkpoints across Sanaa and near the prime minister’s residence, and beefed up their presence around other key building, including the intelligence headquarters.

Monday’s violence left at least nine people dead and 67 were wounded, Yemen’s deputy health minister, Nasser Baoum, said, while both Houthis and Hadi’s forces blamed each other for the outbreak.

Houthis’ power grab has been long anticipated and analysts say they are only “finishing the job” they began in September.

“What is happening now is just one more step toward (the Houthis’) consolidation of power,” said Abdel-Bari Taher, a veteran Yemeni journalist and writer.

Tuesday’s negotiations at Hadi’s residence focused on the shake-up of an 85-member commission tasked with coming up with the outline of Yemen’s future federation, as stated in the draft constitution, Cabinet spokesman Rageh Badi said.

Reforming the commission has long been overdue and was part of a U.N.-brokered peace deal following the Houthis’ capture of Sanaa.

The Houthis accuse Hadi of violating that deal by calling in the current members of the commission to a meeting days ago, prompting the rebels to retaliate and abduct his top aide, Ahmed bin Mubarak, and setting the wheels in motion for the latest violence.

But one of Hadi’s advisers, Yassin Mekkawi, claimed a “deal” to resolve the violence had been struck during the talks at the president’s residence and that it would be announced later Tuesday. He declined to elaborate.

The weakening of Hadi, a top U.S. ally, also undermines efforts by America and its allies to battle al-Qaida’s Yemeni affiliate, which claimed responsibility for the attack on a Paris satirical magazine earlier this month. Washington has long viewed Al-Qaida in the Arabian Peninsula, or AQAP as the Yemeni branch is known, as the global terror network’s most dangerous affiliate.

The Houthis’ blitz in Sanaa and expansionist aspirations in central Yemen, where Sunni tribesmen dominate, also threatens to transform the current conflict into a sharply sectarian one, pitting Sunnis against Shiites. Al-Qaida in Yemen, which has waged deadly attacks targeting both the Houthis and Hadi’s forces, stands to benefit.

The Houthis are also seen by their critics as a proxy of Shiite Iran and are believed to be allied with former President Ali Abdullah Saleh, who ruled Yemen for more than three decades before he was ousted in 2012 after Arab Spring protests. The rebels deny any Iran links.

Suspected al-Qaida militants on Tuesday tried to assassinate a top army commander in the southern Hadramawt province, killing five of his guards in the attack, military officials said.

The militants set off explosives, hurling them at the commander’s convoy, then opened gunfire but the commander managed to escape unharmed, the officials said, speaking on condition of anonymity because they were not authorized to speak to media.

Next post Mom accused of setting baby afire, killing her, due in court

Previous post In State of the Union, Obama aims to influence 2016 debate