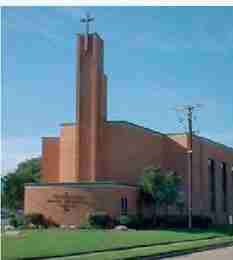 A church offered its gym as a shelter, the Red Cross provided 50 cots and bags of toiletries, and volunteers bought other supplies, said Caddo Juvenile Service Administrator Ted Cox.

“That entire afternoon, people were buying supplies,” Cox told The Times of Shreveport). “One lady even went around and put chocolates on every pillow to make them feel welcomed. They really opened their arms.”

Isaac Williams, executive director of the AMIKids Acadiana group home outside Lafayette, said its usual backup shelter is in Baton Rouge, and flooded. The 35 youths were in Shreveport from last Sunday until Wednesday.

“On Saturday, we were watching the rain but we didn’t feel threatened. Sunday, the water came in so fast,” Williams said. “We just wanted a safe place to stay. We never expected to be received as well as we were.”

Williams says church members did more than offer shelter – they showed the youths that someone in the wider world cared about them.

Broadmoor Baptist Church, where the group stayed, and Broadmoor Methodist Church worked together.

Staff chaperones watched while the youth played basketball in the morning at Broadmoor Methodist, then moved to Broadmoor Baptist’s second floor youth department to play ping pong and video games or watch movies.

One Broadmoor Baptist church member bought enough pizza to feed all 35 teens. Another paid for the boys to attend a movie in the community, while seven more chaperoned the outing.

The Shreveport Police Department and Caddo Parish Sheriff’s Office also volunteered security during the outings. The Rev. Tom Harrison of Broadmoor Baptist Church said the congregation saw the young people’s situation as an opportunity to extend God’s love to those in need.

“The word of God tells us to take care of our neighbors,” Harrison said. “Our pastor has asked everyone to be a missionary, and this gave them an opportunity to be missionaries in their own city. People were crazy to help.”

Williams said the church members did more than offer shelter. They sent a message that someone in the wider world cared about the young people. “A lot of people wouldn’t have wanted to help out juveniles who had gotten in trouble. These people at Broadmoor treated us as somebody,” Williams said.