Suspect in blast near NAACP office: Target was accountant 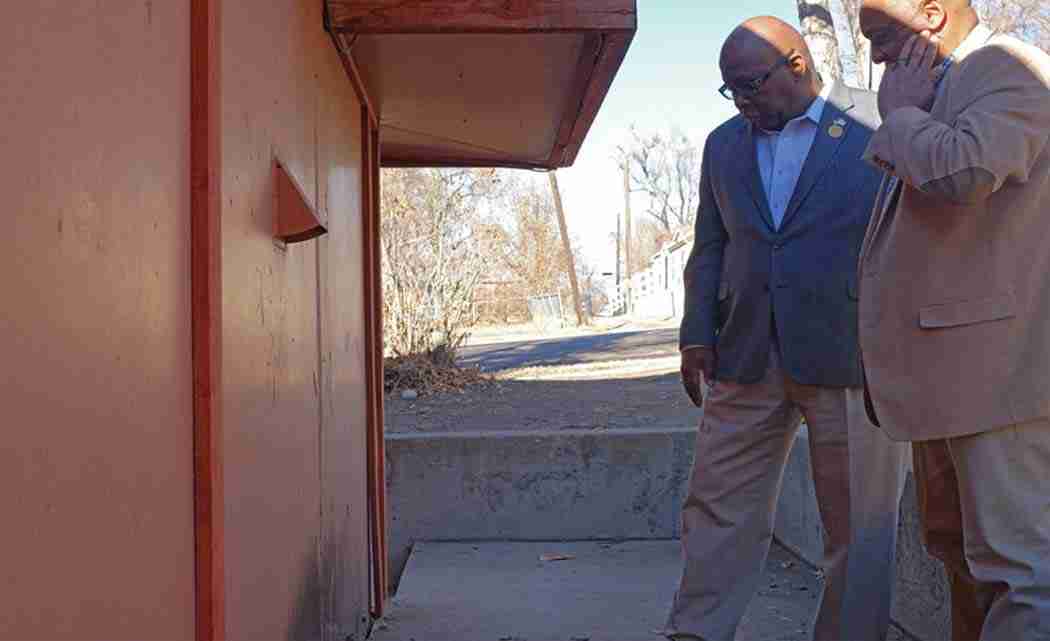 DENVER — The man accused of setting off a small explosion last month that rattled nerves because of its proximity to a Colorado NAACP office says he was in a rage over his financial problems and was actually targeting his accountant’s office, according to court documents filed Friday.

Thaddeus Murphy, 44, told federal agents he made the pipe bomb out of a shotgun shell and fireworks fuses, the records said.

He said he was angry because the accountant wouldn’t return his phone calls or give him back his tax records. But while a sign for the accountant’s business was still on the wall of the building, it has been closed for 20 years, according to the president of the Colorado Springs chapter of the NAACP. The NAACP, which has been at the site since 1985, and a barbershop are the only tenants in the building.

Henry D. Allen Jr., president of the local NAACP chapter, expressed skepticism about the accountant version Friday, but would not say whether he believed his organization was the target.

“He targeted somebody in this building and in my estimate it was not the tax people,” Allen said. “Does anyone really think this guy is going to admit to this?”

Murphy has been charged with arson of a building and being a felon in possession of a firearm.

At a hearing Friday in Colorado Springs, U.S. Magistrate Judge Michael Hegarty ordered him held without bond pending another hearing next week. Murphy, wearing a white T-shirt, said nothing. He will be appointed a federal public
defender.

Jeff Dorschner, spokesman for the U.S. attorney’s office in Denver, said investigators determined the bombing was not an act of terrorism. But, he added, “We’re also continuing our investigation to determine whether that confession is true.”

On Friday afternoon, Murphy’s weathered pickup truck and trailer still sat outside the duplex where he lives on a winding street of modest apartment buildings in northern Colorado Springs. No one answered the door at his apartment.

Nobody was hurt in the Jan. 6 explosion adjacent to a wall of Mr. G’s Hair Design Studios, a barber shop that also shares the building with the NAACP in a mostly residential neighborhood.

The crude device caused minor damage, failing to ignite a canister of gasoline set next to it. Even if the canister had ignited, the damage likely would have been minimal, the FBI said at the time.

Still, the explosion gained widespread attention due to its closeness to the nation’s oldest civil rights organization, and the FBI investigated it as a possible hate crime.

“We seek a continued investigation into the motive of the alleged suspect, and we look forward to the culmination of his criminal trial,” he said in a statement. “We will remain vigilant as we continue fighting for civil and human rights in Colorado Springs and throughout the country.”

Previous post Beloved teacher is the essence of art