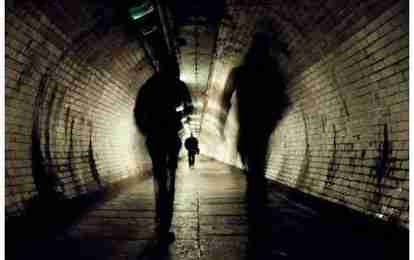 More concentrated violence, researchers say, can become easy for most people to ignore, can intensify the problem, and can create a sense of “Let’s wall it off.”

By SARA BURNETT and LARRY FENN

INDIANAPOLIS (AP) – When she started an urban farm in one of Indianapolis’ roughest neighborhoods, retired chemist Aster Bekele wanted to teach at-risk kids how to garden, and maybe sneak in a little science.

Then the city’s homicide rate started soaring, with most of the killings happening around the community center where Bekele and the teens tended their vegetables, chickens and compost piles. After her own son was killed last summer, she found herself teaching a different lesson: how to deal with death.

A few miles away, another rough neighborhood was experiencing a change – equally dramatic but just the opposite. The Fountain Square section near downtown, which once saw nearly as many killings as Bekele’s area, was transforming into one of the city’s safer spots thanks to an influx of affluent people drawn to its hip restaurants, bicycle trails and art festivals.

The contrast illustrates an Associated Press analysis of homicide data that showed some large cities seem to be getting safer and more dangerous at the same time. Slayings in Chicago, St. Louis and Indianapolis are becoming concentrated into small areas where people are dying at a pace not seen in years, if ever.

Around them, much of the rest of the city is growing more peaceful, even as the total number of homicides rises.

The AP collected 10 years of homicide data from the cities that had the highest homicide rates in 2016. Reporters used spatial analysis to identify clusters of killings and track the changing geographic patterns over time. The neighborhoods enduring the most violence were largely poor and African-American, as were the killers and the victims.

Researchers say the disparity may be linked to increased joblessness, segregation and the growth of the socalled wealth gap. Over the past three decades, the wealthiest Americans have grown markedly richer while low earners lost jobs and struggled and some turned to violence.

The trend goes beyond the problem neighborhoods and trendy, lowcrime enclaves that are found in almost every city.

The inequality between the two realities deepened in recent years, allowing people in the same metropolis to live in one realm with little sense of the other and creating districts of despair where everyone has seen or had someone close to them shot or killed.

The Rev. Marshall Hatch, whose church is in a West Side Chicago neighborhood that has seen a disproportionate number of homicides, said the findings reinforce the need to deal with the root causes of violence in what he calls “pockets of intense desperation.”

“It’s going to be very problematic for cities,” he said, “because people are not going to just stay in their neighborhoods and commit crimes.”

Indianapolis, often called the “Crossroads of America,” is best known as the home of auto racing’s Indianapolis 500.

The nation’s 15th largest city saw a record 149 homicides in 2016 and just surpassed that total this year.

The most intense violence is happening in a relatively limited area. The city’s three deadliest ZIP codes in 2016 accounted for 43 percent of all homicides. More than 20 percent of the slayings occurred in a single ZIP code on the city’s northeast side, where Bekele lives.

The concentration of viextends olence to Chicago, which ended 2016 with 762 homicides, the highest in two decades. But in almost a third of ZIP codes that have reported a homicide in the last decade, the trend has been fewer killings. Now 60 percent of the killings were in only 10 of the city’s roughly 58 ZIP codes.

Chicago’s violence is fueled by gang factions that splintered from the major gangs of years ago and by gang competition to meet the growing demand for heroin and opioids.

Similar forces are at work in St. Louis, which had a record number of homicides in 2015, a spike that contributed to the overall U.S. homicide rate increasing more than 10 percent. But most of that increase came from just two ZIP codes, and in seven of the city’s 17 ZIP codes, homicides fell.

The danger of the more concentrated violence, Hertz said, is that it can become easy for most people to ignore it, and that can intensify the problem. “It can create this sense of ‘Let’s wall it off,’” he said.

The shrinking geographic scope of the problem has made some crimefighting approaches more feasible.

With less ground to cover, authorities are better able to flood a zone with officers. High-tech tools can be effective on a small scale.

Indianapolis Mayor Joe Hogsett says he wants to put 150 more police officers on the street by the end of 2019, many on foot patrols in small areas. Police Chief Bryan Roach is aiming to have 80 such beats next year, up from 19 now.

John Hagedorn, a criminology professor at the University of Illinois at Chicago, said coastal cities with less violence have seen more investment citywide. In those places, wealth is more widely distributed and there is less racial isolation, he said.

“There’s a degree of hope that takes place in these communities where violence is low,” he said. “There’s a sense that life isn’t over.”

Previous post What’s there to be happy about in 2018?