US ending temporary permits for Haitians 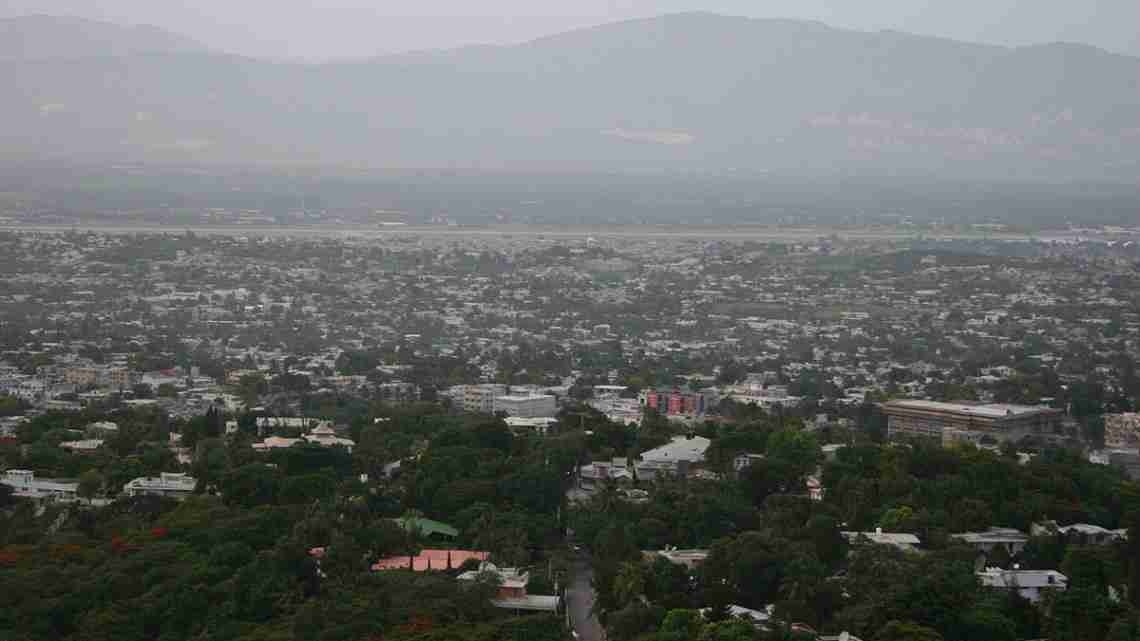 WASHINGTON, D.C. – The Trump administration said Monday it is ending a temporary residency permit program that has allowed almost 60,000 citizens from Haiti to live and work in the United States since a 2010 powerful earthquake shook the Caribbean nation.

The Homeland Security Department said conditions in Haiti have improved significantly, so the benefit will be extended one last time — until July 2019 — to give Haitians time to prepare to return home.

“Since the 2010 earthquake, the number of displaced people in Haiti has decreased by 97 percent,” the department said in a press release. “Haiti is able to safely receive traditional levels of returned citizens.”

Advocates and members of Congress from both parties had asked the Trump administration for an 18-month extension of the program, known as Temporary Protected Status. Haitian President Jovenel Moise’s government also requested the extension.

Rony Ponthieux, a 49-year-old Haitian nurse with temporary residency who has lived in Miami since 1999, told The Associated Press, “This isn’t over, this is time we get to fight for renewal, not to pack our bags.” She has a daughter and a son born in the United States and another son in Port-au-Prince.

“We need to push Washington to provide a legal status for us with TPS,” Ponthieux said. “This is anti-immigrant policy.”

Advocates for Haitians quickly criticized the decision, arguing the conditions in the island nation haven’t improved nearly enough for Haitians to be deported.

Florida Rep. Mario Diaz-Balart, a Republican, expressed “strong opposition” to the measure and urged the administration to reconsider.

“Forcing them to leave the United States would be detrimental,” he said in a press release. “Almost eight years later, Haiti remains in total disarray and still requires much rebuilding.”

Amanda Baran, policy consultant at the Immigrant Legal Resource Center, called the termination of the status a “heartless decision” and said the Trump administration has no plan in place for the U.S.-born children who may now lose their Haitian parents and caregivers to deportation.

While Haiti has made advances spurred by international aid since the quake, the Caribbean nation remains one of the poorest in the world. More than 2.5 million people, roughly a quarter of the population, live on less than $1.23 a day, which authorities there consider extreme poverty.

The United Nations last month ended a peacekeeping mission in Haiti that, at its peak, included more than 10,000 troops. Its new mission is comprised of about 1,300 international civilian police officers and 350 civilians who will help the country try to reform a deeply troubled justice system.

The Homeland Security Department made its announcement 60 days before temporary status for the Haitians is set to expire. In May, the agency extended the program for only six months instead of the customary 18, and urged Haitians under the program to get their affairs in order and prepare to go home.

The temporary status covers some 435,000 people from nine countries ravaged by natural disasters or war, who came to the U.S. legally or otherwise. Days after a 7.0-magnitude earthquake devastated Haiti in January 2010, President Barack Obama granted the 18-month protection status for Haitians in America who would otherwise have to go home. Obama renewed it every time it ran out.

Monday’s decision doesn’t affect thousands of Haitians who were taken in by Brazil and other South American countries after the earthquake and began making their way to the United States last year. U.S.

Customs and Border Protection says 6,424 Haitians showed up at border crossings with Mexico during the 12-month period ended Sept. 30, up from only 334 a year earlier. They were generally paroled to live in the United States on humanitarian grounds.

Since taking office, Trump has ended temporary permit programs for Sudan and Nicaragua. He postponed until next July a decision on how to deal with a similar program for 86,000 residents from Honduras. U.S. officials have said conditions in Haiti have significantly improved since the disaster. But advocates for Haitians say a persistent cholera epidemic and damages caused by three hurricanes since 2016 exacerbate the difficulty for returning Haitians.