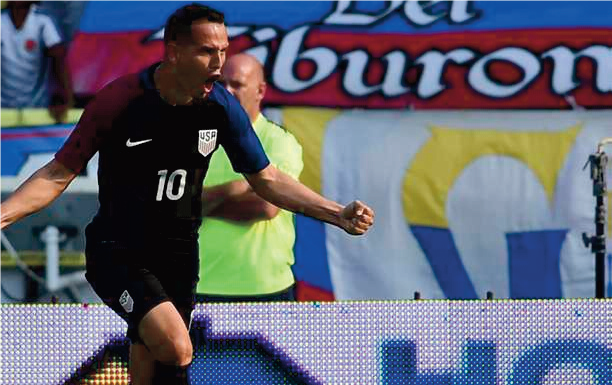 Luis Gil scored in the fifth minute, and the United States held on for a 1-1 tie against Colombia at Barranquilla on Friday in the opener of a two-leg playoff for the final berth in this year’s men’s Olympic soccer tournament.

In the match-up of under-23 teams. Colombia had 76 percent possession in the first half but didn’t break through until Juan Quintero tied it with a penalty kick in the 68th.

The second leg of the total-goals series is scheduled at Frisco, Texas. The U.S. is in danger of failing to qualify for consecutive Olympics for the first time since 196068; it was forced into the playoff by losing to Honduras last October in the semifinal round of regional qualifying in North and Central America and the Caribbean.

Ethan Horvath, the starting American goalkeeper, was replaced by Cropper in the 45th minute, about seven minutes after Horvath cleared the ball with a header just outside the penalty area and collided with Andres Renteria. Cropper was down for an extended period, remained in the game for a short stretch, then came out. It was 91 degrees with 60 percent humidly when the game kicked off in late afternoon, and the Americans wore predominantly black uniforms in the heat.

The U.S. scored after Horvath passed to Will Trapp, who played the ball to Gil. He sent the wide to Mario Rodriguez, who dribbled to the end line. Rodriguez muscled off Davinson Sanchez and cut the ball back to Gil, who scored with a right footed shot from just past the penalty spot.

Colombia pinned the U.S. in its own half for much of the game, and the Americans threatened primarily with counterattacks. Jordan Morris, playing with the under-23s rather than joining the national team for Friday’s World Cup qualifier at Guatemala, hit the crossbar with a long range attempt in the 64th minute.