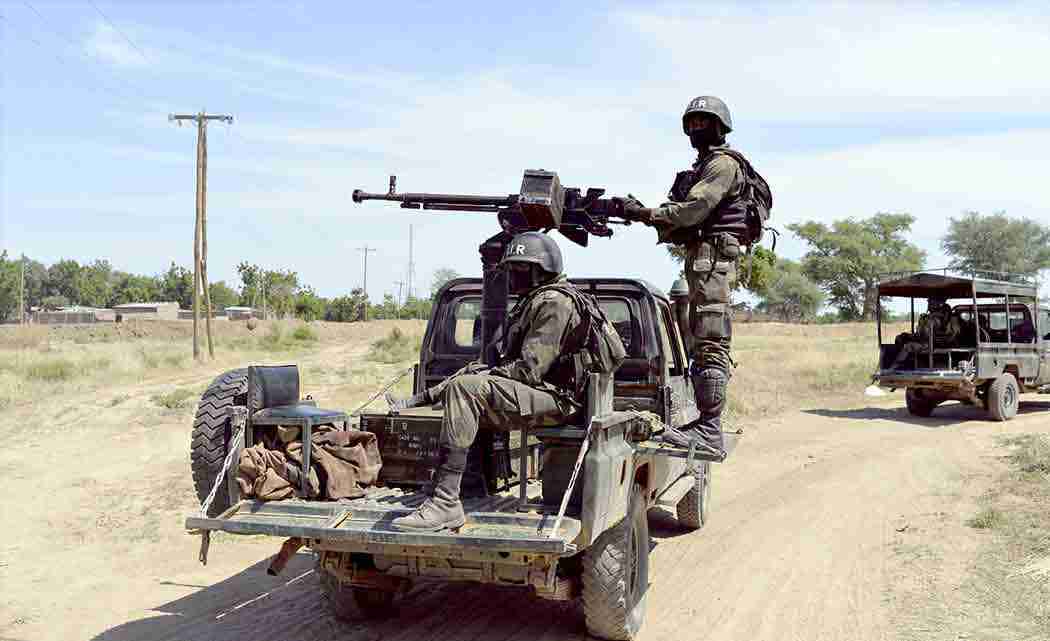 By HARUNA UMAR and MICHELLE FAUL

Chad’s army said its troops were attacked Tuesday in Cameroon by Boko Haram, the Nigerian extremist group that has slaughtered and kidnapped civilians and has had the upper hand against Nigeria’s military. The Chadian troops’ response underscores other African nation’s newfound resoluteness to combat what they perceive as a regional threat.

“Our valiant forces responded vigorously, a chase was immediately instituted all the way to their base at Gamboru and Ngala (in Nigeria), where they were completely wiped out,” spokesman Col. Azem Bermendoa said on national television Tuesday night.

More than 200 extremists and nine Chadian troops were killed, he said.

On Wednesday, hundreds of Boko Haram fighters driven out of Gamboru crossed the border and attacked Chadian military posts in Fotokol, in far northern Cameroon, residents and military officers said.

Cameroonian troops mobilized to join the Chadians in confronting the invaders, resident journalist Ledoux Blaise Mal Moussa told The Associated Press by telephone. The ongoing battle was confirmed by Cameroonian military officers who spoke on condition of anonymity because they are not authorized to speak to reporters.

Meanwhile, warplanes from Nigeria and jet fights and helicopter gunships from Chad pursued a bombing campaign that has forced the Islamic fighters from more than a dozen towns in northeast Nigeria where Boko Haram declared an Islamic caliphate in August.

This week’s military actions mark the biggest offensive against Boko Haram in its more than five-year history.

African Union officials were meeting Wednesday in Cameroon to finalize a mandate for a 7,500-strong multinational force from Nigeria and its four francophone neighbors to confront the extremists who in recent months have seized more than 130 towns and villages. Those population centers lie in three of Nigeria’s northeastern states bordering Cameroon, Chad and Niger. Boko Haram has held many of the towns for as long as six months.

The Nigerian jets had started their bombing runs on Monday in Nigeria’s Sambisa Forest, where the extremists have camps and first took nearly 300 kidnapped schoolgirls last April, witnesses said.

“At night we hear distant sounds of explosions,” Bulama Danbayo said by telephone from Madagali town in Adamawa state. “We were all terrified but some of the soldiers stationed here told us not to be worried, that it was soldiers that commenced bombardment of Sambisa Forest.”

Nigeria’s spokesman on the insurgency, Mike Omeri, said in a statement Tuesday that Nigerian forces this week have “liberated from Boko Haram presence” more than a dozen towns.

The Defense Ministry spokesman, Brig. Gen. Chris Olukolade, said the presence of foreign troops on Nigerian soil does not compromise the sovereignty of Africa’s most populous nation and its biggest oil producer.

Next post 'Suge' Knight hospitalized after not-guilty plea to murder