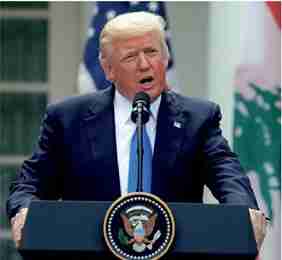 WASHINGTON (AP) – President Donald Trump says that he is “very disappointed” in Attorney General Jeff Sessions. Trump told The Wall Street Journal in an interview Tuesday that he has not made up his mind as to whether to fire his longtime ally. He told the newspaper he is “looking” at the possibility of firing the former Alabama senator and did not suggest that he will curtail his criticism of Sessions. Trump also downplayed the importance of Sessions being the first senator to endorse his presidential candidacy, saying that “it’s not like a great loyal thing.”

WASHINGTON (AP) – Oh, that dreaded open microphone! Republican Sen. Susan Collins got caught Tuesday at the end of a hearing with a microphone that was still hot – and captured her ripping President Donald Trump and making fun of a fellow lawmaker who had been critical of her on health care. Collins, a moderate from Maine, can be overheard complaining about Trump and his proposed 2018 budget, which slashes spending with deep cuts to domestic agencies, food stamps, Medicaid, highway funding and medical research. “Whenever there was a grant, they just X-ed it out, with no metric, no thinking about it, no nothing,” she tells Democratic Sen. Jack Reed of Rhode Island. “I mean it’s just incredibly irresponsible.””I think he’s crazy,” Reed says. And Collins adds, “I’m worried.”Collins was also snagged making unflattering remarks about Republican Rep. Blake Farenthold of Texas a day after he blamed “some female senators from the Northeast” for blocking health care legislation. He said he wished he could challenge them to a duel “Aaron Burr-style.” “Did you see the one who challenged me to a duel?” Collins asks.

Sharon Steen dons her tennis shoes and, with two fellow seniors, walks streets that in her youth were a vibrant center of Portland, Oregon’s African American community. Wasn’t this the corner where an NAACP march began in 1963? Look, the record store is now a fancy high-rise. It’s more than a stroll down memory lane. Steen enrolled in a small but unique study to see if jogging memories where they were made can help older African Americans stay mentally sharp and slow early memory loss.

WASHINGTON (AP) – A senior House Republican is calling North Korea’s first test-firing of an intercontinental ballistic missile an “alarming development.”In a statement Tuesday, Rep. Mac Thornberry of Texas said Congress and the Trump administration need “to take forceful, swift steps to see that the U.S. and our allies are protected.” Thornberry is chairman of the House Armed Services Committee. He said he’s grown increasingly concerned that North Korea is acting with a greater sense of urgency than the United States is. 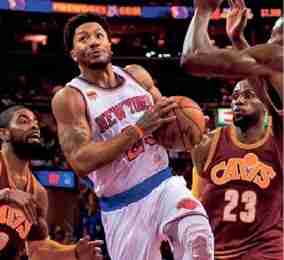 CLEVELAND (AP) – Derrick Rose’s goal is to win an NBA championship. He’s a little closer to one. The free-agent guard signed a one-year contract Tuesday with the Cleveland Cavaliers, a team that has blocked his path to a title before and one that needs him now more than ever. Rose is getting a one-year, $2.1 million deal – the veteran’s minimum, and all Cleveland could offer – from the Cavaliers, who now have a possible replacement for Kyrie Irving. Rose gives the Cavs a proven player to handle point-guard duties if they choose to trade Irving, who recently told the team he wants to be dealt despite making it to three straight NBA Finals.

WASHINGTON (AP) – Continuing its focus on curbing government regulations, a Republican-led House is seeking to overturn a rule that would let consumers band together to sue their banks or credit card companies rather than use an arbitrator to resolve a dispute. The Consumer Financial Protection Bureau finalized the rule just two weeks ago. It bans most type of mandatory arbitration clauses, which are often found in the fine print of contracts governing the terms of millions of credit card and checking accounts.

WASHINGTON (AP) – Two key members of President Donald Trump’s presidential campaign met Tuesday with congressional investigators probing Russia’s interference in the 2016 election and possible collusion with Trump associates. Trump’s son-in-law and adviser Jared Kushner returned to Capitol Hill for a second day of private meetings, this time for a closed-door conversation with lawmakers on the House Intelligence Committee. Separately, former Trump campaign chairman Paul Manafort met with bipartisan staff of the Senate intelligence committee and “answered their questions fully,” his spokesman, Jason Maloni, said. Manafort’s discussion with the committee staff was confined to his recollection of a June 2016 meeting with a Russian lawyer at Trump Tower, according to two people familiar with the interview. Both demanded anonymity to discuss details because the interview occurred behind closed doors. Manafort also turned over his contemporaneous notes documenting the meeting, one said. The other person said Manafort has agreed to additional interviews with the Senate intelligence committee staff on other topics. Those meetings haven’t yet been scheduled.

Next post Who benefits in America with the exorbitant cost of healthcare?

Previous post How women in leadership roles can change the workplace